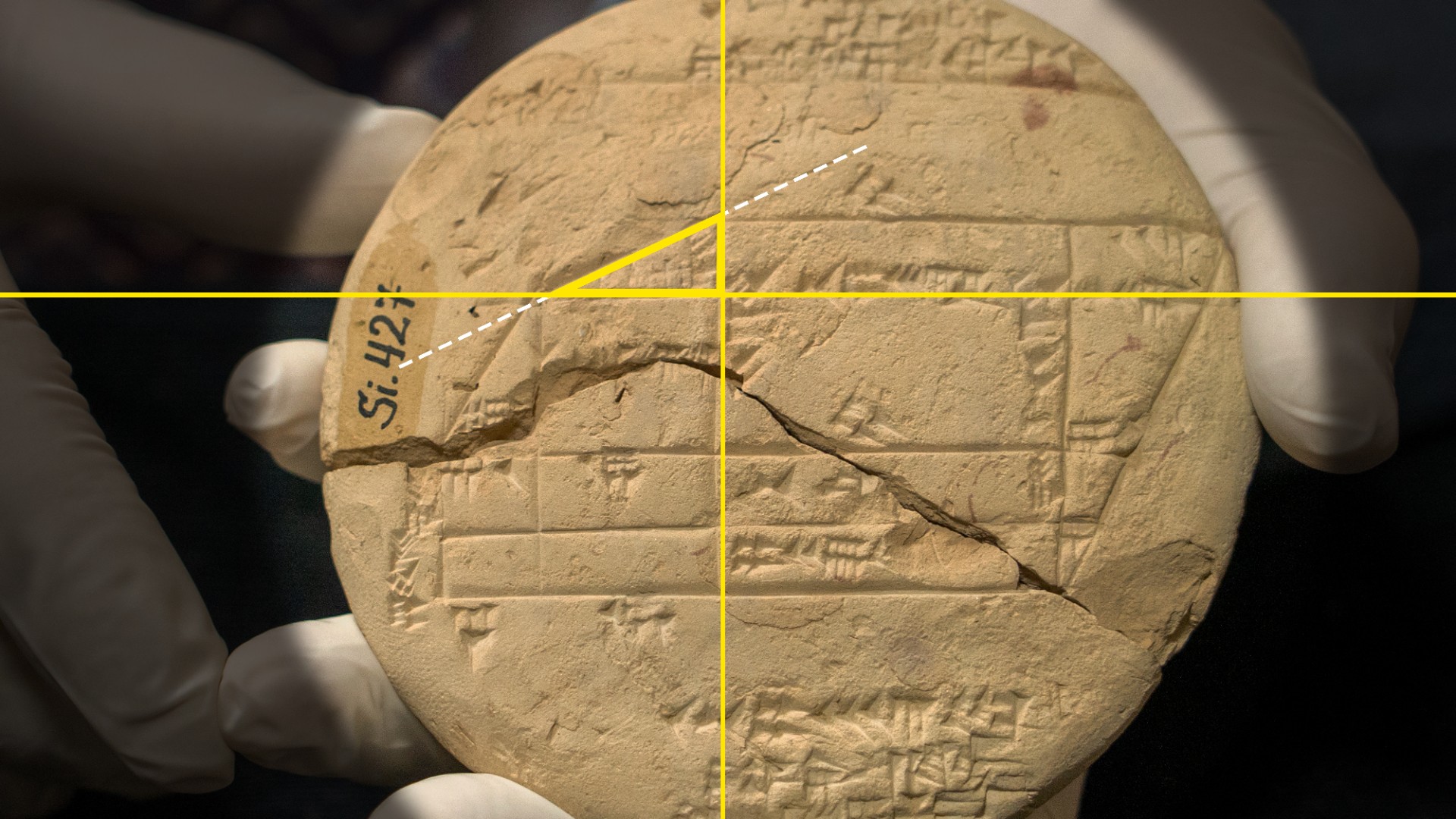 ISTANBUL, TURKEY—The Guardian reports that Australian mathematician Daniel Mansfield of the University of New South Wales in Sydney has discovered what may be the oldest known example of applied geometry on a 3,700-year-old Babylonian clay tablet. The tablet, known as Si.427, is thought to bear a survey plan measuring the boundaries of a field and contains writing in cuneiform script. The artifact dates to the Old Babylonian period, between 1900 and 1600 B.C., and was discovered in the late nineteenth century in what is now Iraq. It is part of the collections of the Istanbul Archaeological Museum. According to Mansfield, the object is significant because—more than 1,000 years before Pythagoras lived—the surveyor appears to have been using what are now known as Pythagorean triples to make accurate right angles. In mathematics, Pythagorean triples refer to three whole numbers in which the sum of the squares of the first two equals the square of the third—for example, 52 + 122  = 132. “Much like we would today, you’ve got private individuals trying to figure out where their land boundaries are, and the surveyor comes out but instead of using a piece of GPS equipment, they use Pythagorean triples," Mansfield said. Mansfield and a UNSW collegue, Norman Wildberger, previously identified another Babylonian tablet containing the world's oldest trigonometric table. To read in depth about cuneiform tablets, go to “The World's Oldest Writing.”