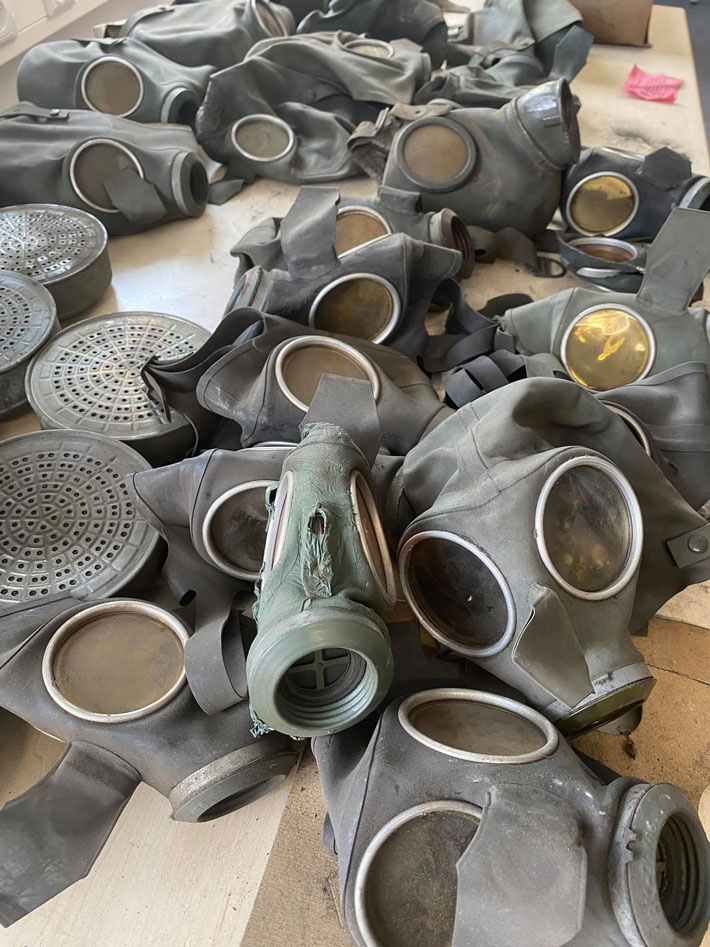 NORTH RHINE-WESTPHALIA, GERMANY—According to a Live Science report, a collection of Nazi items was recovered from the small space between two buildings in western Germany’s city of Hagen during work to clean up after torrential rains and flooding. A newspaper dated 1945 among the objects suggests they were hidden in an effort to avoid arrest as American troops arrived in the region at the end of World War II. The items include Nazi Party medals, a painted portrait of Adolf Hitler, a revolver, brass knuckles, gas masks, and documents associated with an office of the Nationalsozialistische Volkswohlfahrt, or NSV. The organization spread Nazi ideology through welfare work, such as providing food, gas masks, medical treatment after bombing raids, and evacuation of children to rural areas. State archivist Andreas Korthals explained that research has shown that one of the houses had served as a local NSV office, where the portrait of Hitler might have been displayed. Nazi Stormtroopers may have used the revolver and brass knuckles in street battles with communists, he added. “Finds of this kind are extremely rare and now offer the city archive the opportunity to find out more about the functioning of an NSV agency,” he said. To read about the rediscovery of a German naval base built in 1943 on an island in the Arctic Ocean, go to "The Third Reich's Arctic Outpost."