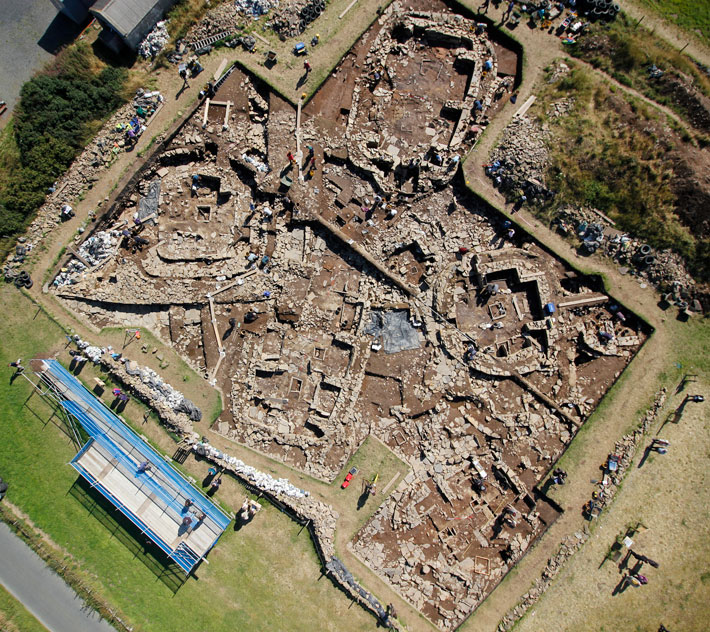 ORKNEY, SCOTLAND—According to a statement released by the Ness of Brodgar Excavation, two 5,000-year-old pieces of wood have been discovered at the Ness of Brodgar, a large Neolithic ceremonial center, by a team of researchers from the University of Highlands and Islands. The wood fragments were found in a pair of postholes inside of a 55-foot-long rectangular building with three entrances and two large hearths. Archaeologist Sigurd Towrie explained that the postholes sat in a depression where water seems to have gathered, which created anaerobic conditions that slowed decay. Although the pieces of wood are in poor condition, the researchers hope to determine the kind of wood and if it was grown locally or imported. For more on the Ness of Brodgar, go to "Neolithic Europe's Remote Heart."