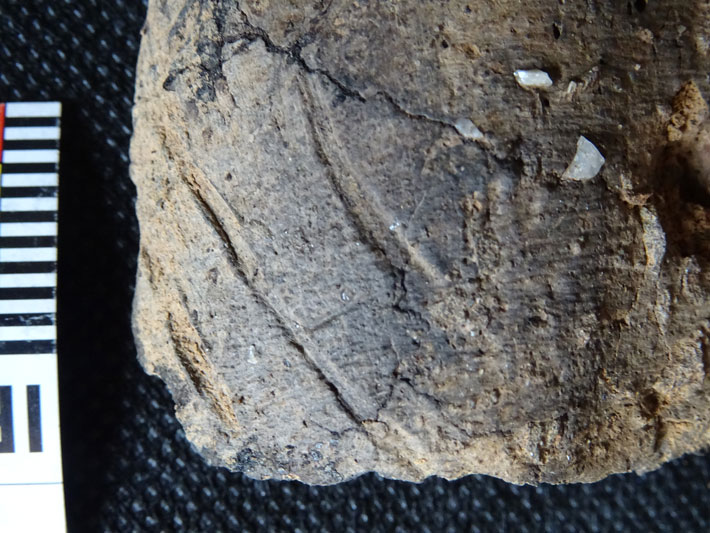 PEMBROKESHIRE, WALES—BBC News reports that dairy fat has been detected on pottery unearthed at the Trellyffaint Neolithic monument, a site in southwest Wales where two concentric earthen henges have been found. The residue, thought to have been left by butter, cheese, or yogurt, dates to about 3100 B.C., according to George Nash of the University of Coimbra, and is the oldest-known evidence of dairy farming in Wales. “It’s incredibly rare to find any archaeological remains such as bone and pottery in this part of Wales because of the soil’s acidity,” he said. These early farmers are likely to have continued to hunt and gather resources from their environment, he added. “The pottery recovered from this excavation probably reveals something about the veneration of the earth and what it could provide, hence the offering of dairy products within a ritualized landscape,” Nash surmised. To read about the earliest evidence for dairy production in India, go to "Around the World: India."