On November 27, 1863, Union Private Robert Knox Sneden was captured by soldiers under the command of Confederate leader John Singleton Mosby at Brandy Station, Virginia. It would mark the beginning of a year of captivity for the topographical engineer-turned-mapmaker. He would spend six-and-a-half months at the infamous Andersonville prison in southwest Georgia, a site that would come to symbolize the brutal suffering of the Civil War.

Almost a year after his capture, Sneden was paroled and left under the supervision of Isaiah White, a physician serving Camp Lawton, a newly built POW camp in east Georgia where Sneden had been transferred two months earlier. During his short stint there, Sneden produced several drawings of the prison and its surrounding environs. He would later turn these into watercolors once he returned to New York after the war. “In exchange for promising not to escape, Sneden worked as a clerk for an army surgeon at Camp Lawton," says Andrew Talkov, head of program development at the Virginia Historical Society, which keeps an archive of 5,000 pages from Sneden's personal memoirs that includes the Camp Lawton paintings. "Because of that position, he had greater liberty to move freely around the camp."

Sneden's paintings offer insights about the construction of the prison, how the prisoners lived within it, and the layout of the Confederate encampment that surrounded it. The artwork helped to orient the archaeologists excavating Camp Lawton nearly 150 years after its brief stint holding prisoners of war. “Sneden’s drawings give us imagery in many cases where imagery doesn’t otherwise exist," says VHS lead curator Dr. William M. S. Rasmussen. "Sneden had an incredible visual memory and he combined it with notes and sketches he made in the field to produce an impressive visual record of life during the Civil War.”

Click on the map to view a larger, scrollable version of Sneden's depiction. 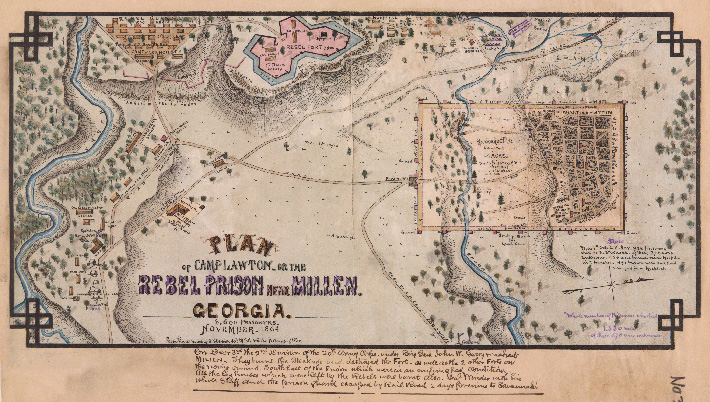 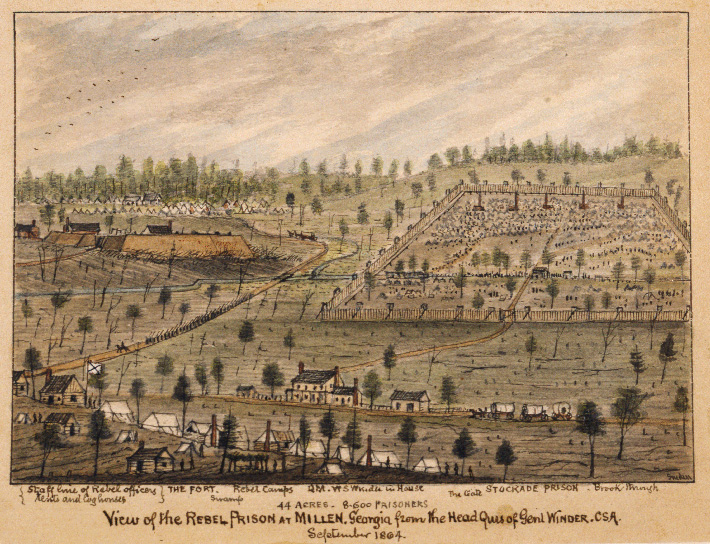 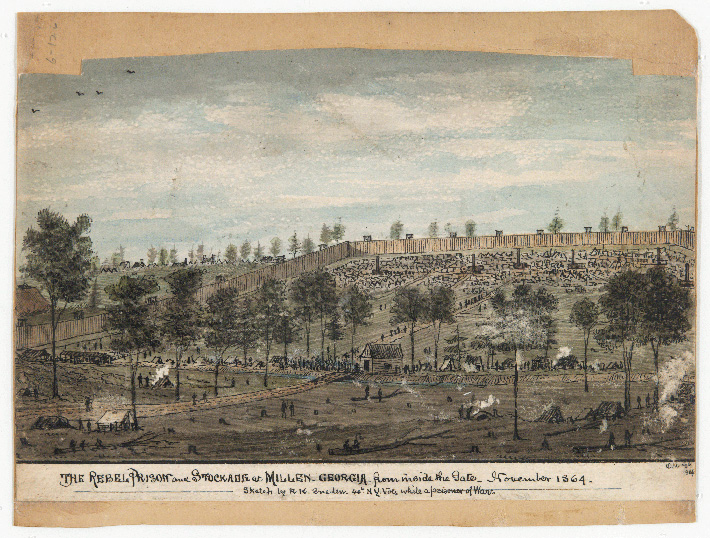