Around 4,000 years ago, on the steppes north of the Black Sea, a nomadic people began settling down in small communities. Known today as the Timber Grave Culture, these people left behind more than 1,000 sites. One of them is called Krasnosamarskoe, and Hartwick College archaeologist David Anthony had big expectations for it when he started digging there in the late 1990s. Anthony hoped that by excavating the site he might learn why people in this region first began to establish permanent households. But he and his team have since discovered that Krasnosamarskoe has a much different story to tell. They found that the site held the remains of dozens of butchered dogs and wolves—vastly more than at any comparable site.

Nerissa Russell, the project’s archaeozoologist, says, “I remember saying early on in the dig that we were finding a lot of dog bones. But I had no idea how important they would turn out to be.” When the team got to work analyzing all the animal bones in the lab, they identified the remains of about 51 dogs and seven wolves, as well as six canines that could not be classified as either. At other Timber Grave sites, dog and wolf bones never make up more than 3 percent of the total animal bones found. At Krasnosamarskoe, they made up more than 30 percent. “I don’t know of any other site in the world with such a high percentage of dog bones,” says Russell. She and her team found that most of the dogs were unusually long-lived, up to 12 years old in some cases, which meant they were probably not raised for food. “Were they treasured pets, hunting dogs, or pariahs? We don’t know,” she says. “But they are so old that these were dogs that had been around for a while and had some kind of relationship to these people.”

To add to the mystery, the bones were cut in unusual, systematic ways that did not resemble ordinary butchering practices. Snouts were divided into three pieces and the remainder of the skulls were broken down into geometrically shaped fragments only an inch long. No one would have made these cuts to simply get meat off the bones.

Anthony and his wife, archaeologist Dorcas Brown, knew it was a unique discovery. Brown, in particular, suspected the canines were probably sacrificed there as part of a ritual and decided to examine the research literature broadly on the subject of rituals involving dogs. What she discovered was that there was indeed a body of work on just such ancient practices. In an unusual move for prehistoric archaeologists, they decided to consult historical linguistics and ancient literary traditions to better understand the archaeological record.

They knew that the people who lived at Krasnosamarskoe almost certainly spoke an Indo-European language. This huge language family today consists of most of the European languages including English, and many spoken in Asia, such as Hindi. All these languages are “daughters” of one language, which was probably spoken on the Eurasian steppes between 4500 and 2500 B.C.. Historical linguists call it Proto-Indo-European (PIE). By comparing words across all the ancient and modern Indo-European languages, they have been able to reconstruct a great deal of the lexicon of this long-dead language. Not only have they reconstructed—and traced across these ancient Indo-European cultures—terms as varied as the words for bee, wheel, and snore, but linguists can also make inferences about these cultures from this vocabulary.

Despite the rich picture of ancient life that can be drawn of ancient life in this way, many archaeologists are hesitant to trust reconstructed PIE word roots and concepts. “This is the kind of information that prehistoric archaeologists would normally kill to have,” says Anthony, “but they generally distance themselves from Indo-European linguistics because they can’t really see how the two sets of data can be combined.” Anthony has spent much of his career trying to convince his colleagues that the efforts of linguists and mythologists shouldn’t be ignored. “I’m interested in combining linguistic and mythological evidence with archaeological evidence,” he says. “These roots contain information about kinship, systems of honor, systems of debt, lordship, and feasting. We ought to be mining this vocabulary to figure out what was going on in their minds.”

So, without consulting these linguistic sources, many archaeologists would have been satisfied simply knowing the dogs were sacrificed. But Brown and Anthony’s passion for bringing linguistic evidence to bear on archaeological discoveries made them go deeper. “I think it’s lucky that we were the ones who excavated the site,” says Anthony.

Brown continued to search the literature on Indo-European ceremonies for information on dogs that might yield clues about what kind of ritual was being practiced at the site. She found that historical linguists and mythologists have long linked dog sacrifice to an important ancient Indo-European tradition, the roving youthful war band.

In the ancient Celtic, Germanic, Greek, and Indo-Iranian traditions, young men often left their families to form warrior societies. “These were young guys on the edge of society who occasionally would steal cows, and you’d rather they were off stealing someone else’s cows,” says Anthony. “So they were expelled from their social groups and told to raid other communities.” In Germanic traditions, these bands of young warriors thought of themselves as wolf packs. A famous myth about the hero Siegfried has him donning a dog skin to go raiding with his nephew, whom he is training to become a warrior. In the Rigveda, an ancient Sanskrit text composed sometime before 1000 B.C., young men can only become warriors after sacrificing a dog at a winter ceremony and wearing its skin for four years, which they burn upon their return to society.

The institution of youthful war bands that go on seasonal raids is so widespread in Indo-European cultures that historical linguists and mythologists concluded that it had to be a long-standing PIE tradition, and that these young men became warriors during a mid-winter ritual that involved dog sacrifice. Linguists even reconstructed the PIE word for these warrior bands: koryos. But, as with many reconstructed PIE words and ideas, physical proof that koryos actually roamed the Eurasian steppes thousands of years ago had been lacking. Anthony and Brown, however, because of the sheer number of dog and wolf bones at the site, strongly suspected Krasnosamarskoe might indeed be a site of one of these midwinter koryos initiations. But they needed to prove that this reconstructed tradition existed 4,000 years ago.

Once they sent the canine teeth from the site to archaeozoologist Anne Pike-Tay, who studies incremental growth bands on teeth to determine what season an animal died in, the final piece of the puzzle fell into place. She was able to determine the season of death for 17 of the canines and found that 16 of them were killed in the wintertime. Cows sacrificed at the site, by contrast, were killed year-round. For Anthony and Brown, this was a powerful piece of evidence that koryos existed hundreds of years before they were first mentioned in the Rigveda.

Since he and Brown have begun following the linguistic trail of the koryos, Anthony has come across other puzzles in both the archaeological record and in texts that could potentially be solved in similar ways. In particular, he thinks a possible association of warrior bands with the number eight might be significant, since it occurs frequently. “In Iron Age Indian texts, boys are eight years old when they first begin training, then at 16 they are initiated into warriorhood,” says Anthony. “In the Siegfried myth,” he continues, “the hero tells his nephew not to call for him unless attacked by more than seven men ... which is eight.” At a 3,000-year-old Bronze Age tomb in Kivik, Sweden, stelae lining the inside of the grave chamber depict eight figures in hoods following a leader. “That could be a depiction of an initiation ceremony,” says Anthony. At a Celtic settlement in France that dates to about A.D. 100, eight horses and eight men were buried together. Perhaps, posits Anthony, koryos were ideally groups of eight young men, and that fundamental unit of warriors endured into later times.

Anthony is now looking ahead to a time when archaeologists will be willing to use linguistic and literary evidence to understand the prehistoric past in much more subtle ways than they do now. He notes, as an example, that koryos is not the only term for warrior band in reconstructed PIE. There is another word that was apparently used to refer to a larger group of warriors that included all the grown men of a community—surely a very different kind of grouping. “These kinds of distinctions,” he says, “are impossible to dig up with a trowel. We have only barely begun to use the information in the Proto-Indo-European vocabulary to understand the people who spoke it.” 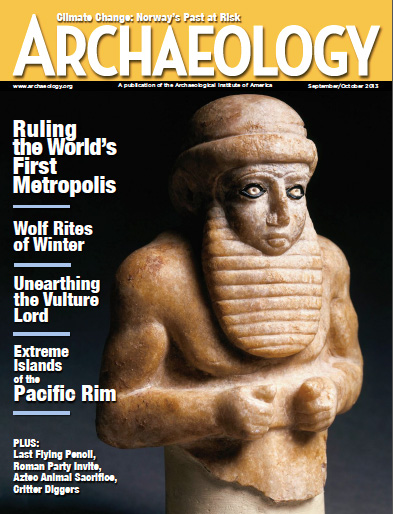 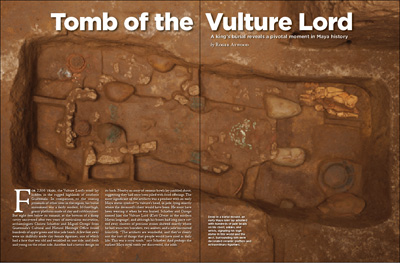