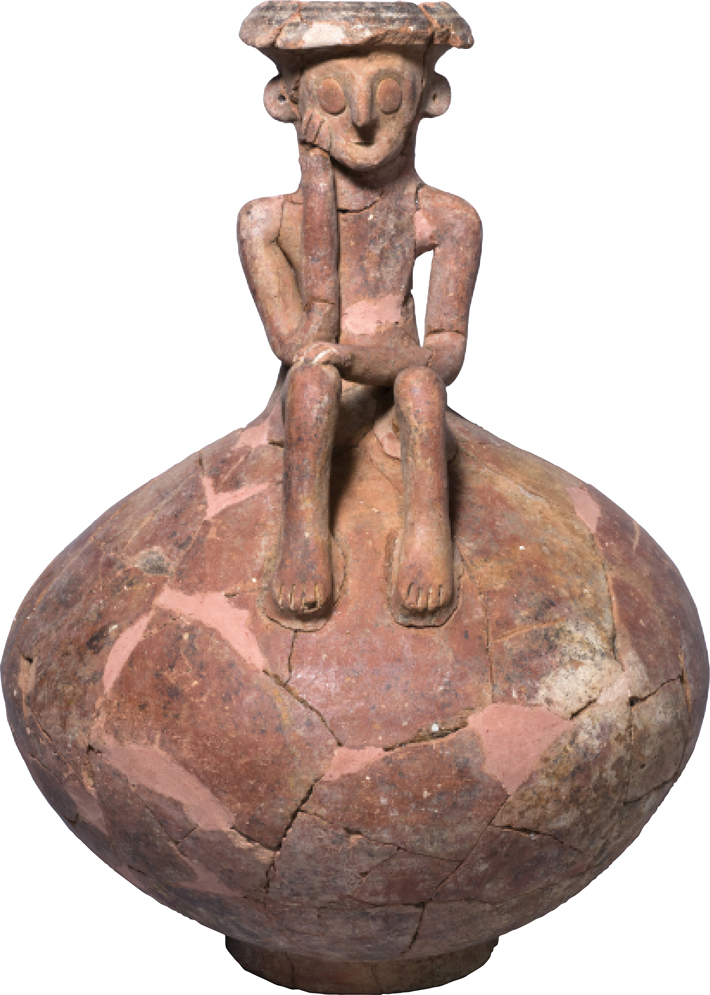 Yesterday, just as today, even common objects sometimes received special attention. A favorite mug decorated with an image of a cherished dog, or inscribed with a clever phrase that elicits a smile as you take your first morning sips of steaming coffee. Or that prized T-shirt proudly displaying the logo of your beloved team’s most recent trip to the World Series. These seemingly superfluous additions to utilitarian items can communicate identity, status, and kinship in a way that can be hard to detect in the archaeological record, especially where no written sources survive.

This small jug, which was found in pieces and has now been completely restored, is, in and of itself, neither rare nor especially informative. In fact, it is very typical for the period. But what makes it distinctive, and thus so revealing, is the unique figure of a person perched on top. It seems, says excavation director Gilad Itach of the Israel Antiquities Authority, that the vessel was made and then the figure was added—when, or whether by the same potter or a new artist, is unknown. But why take an ordinary pot and add such an evocative decoration? According to Itach, it’s likely that the jug, which was discovered among other pottery, metal objects, including daggers, arrowheads, and an ax head, and bones belonging to a sheep and likely a donkey, was buried in honor of an important member of the ancient community. “It’s customary to believe that the objects that were interred alongside an individual continued with them into the next world,” says Itach. Thus the little pot, at first mundane and familiar, becomes a distinctive marker of a person’s individuality and place in society even after they are long gone.