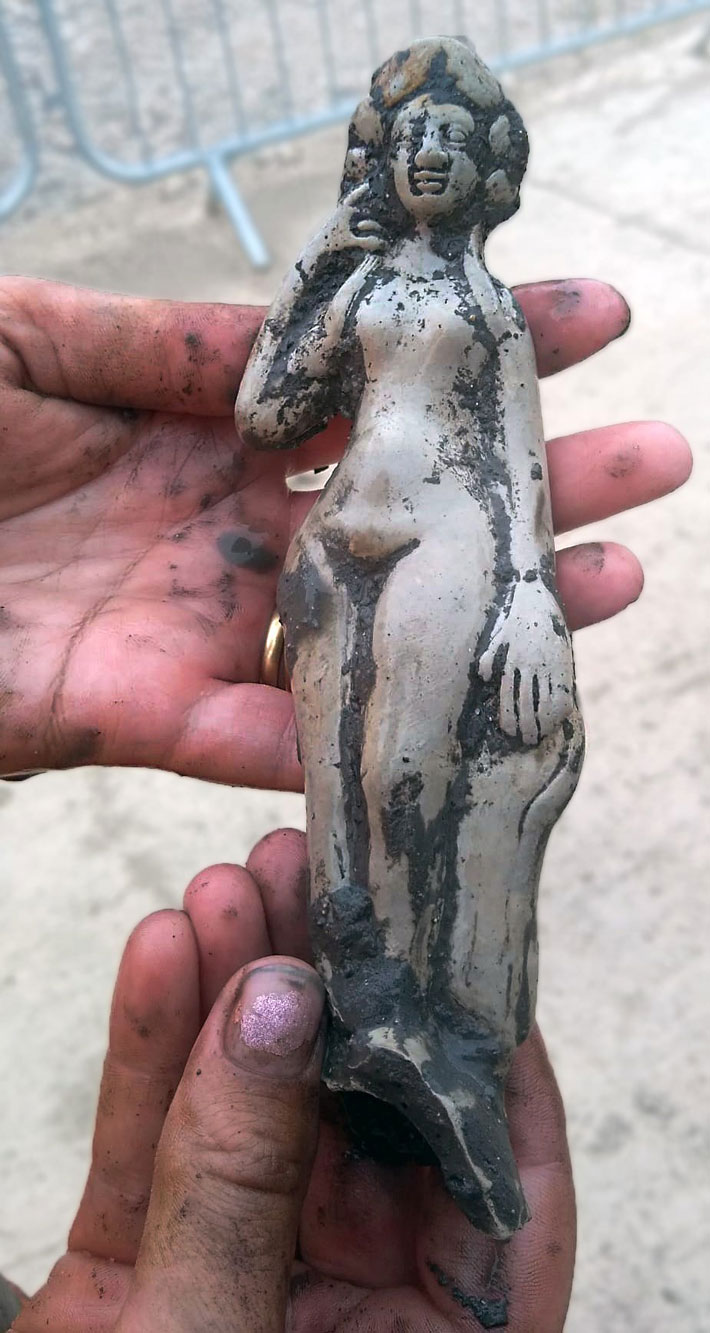 GLOUCESTER, ENGLAND—BBC News reports that an excavation ahead of a construction project in the center of southwestern England’s city of Gloucester has uncovered an 1,800-year-old figurine thought to depict Venus, the Roman goddess of love. The clay figurine is about 6.7 inches long. “We know pieces like these were made in central France and the Rhineland/Mosel region of Germany during the first and second centuries,” said city archaeologist Andrew Armstrong. “It seems certain the figurine is from this period and is a representation of Venus. She would most likely have stood in someone’s home shrine for the goddess,” he explained. Stone foundations of Roman buildings outside the ancient city walls were also uncovered. To read about a terracotta figurine of Venus unearthed at the Roman city of Vienna in southeastern France, go to "A Day by the Rhone."