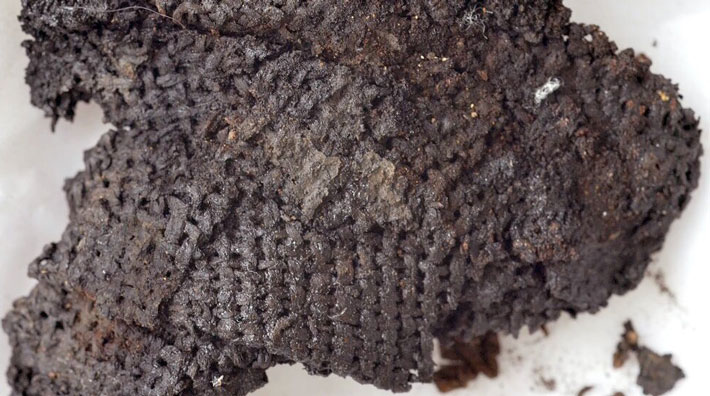 TRONDHEIM, NORWAY—According to a statement released by the Norwegian University of Science and Technology (NTNU), archaeologists Lise Bender Jørgensen of NTNU, Antoinette Rast-Eicher of the University of Bern, and Sabine Karg of the Free University of Berlin analyzed pieces of woven fabric recovered from southern Anatolia’s Neolithic city of Çatalhöyük. It had long been thought that the people of Çatalhöyük wore wool and imported linen, since no evidence of the production of flax in the region has ever been found. But the new study shows that the textiles, dated to between 8,500 and 8,700 years old, were made of bast fibers from oak trees. Bast fibers are found between the bark and the wood of trees such as oak, willow, and linden, and can also be used to create rope. Oak trees grew in the region, and their wood was used as building material, Jørgensen explained. To read about other recent research at Çatalhöyük, go to "Around the World: Turkey."