Tomb Full of Debris Investigated at Luxor’s Chapel of Hathor 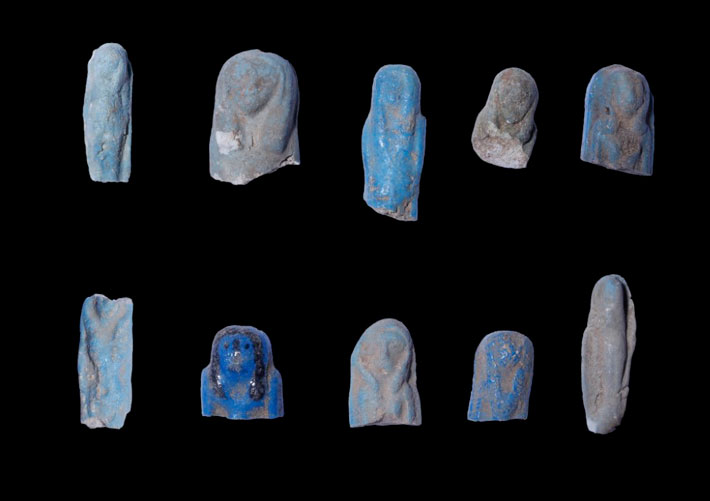 LUXOR, EGYPT—Science in Poland reports that a garbage dump has been found in a tomb carved into the rock below the 3,500-year-old Chapel of Hathor at the Temple of Hatshepsut by researchers from the Polish Centre of Mediterranean Archaeology. The team has been working to restore the chapel, which is dedicated to the ancient Egyptian goddess of the sky, women, fertility, and love. “We were concerned that our work could lead to the collapse of the tomb ceiling, which is why we wanted to secure it,” said team leader Patryk Chudzik. “After entering we found that it had never been studied and cleaned because of the debris.” Among the rubble, the researchers discovered figurines of deities and priests, ceramic flasks adorned with a breast motif and floral patterns symbolizing rebirth, cow figurines, and a wooden carving of a man wearing a wig that may depict the tomb’s owner. Chudzik said the debris may have been offerings to the goddess that had accumulated and were then disposed of by the temple staff. To read about how Nubians gave new life to vanishing Egyptian religious traditions, go to "When Isis Was Queen."