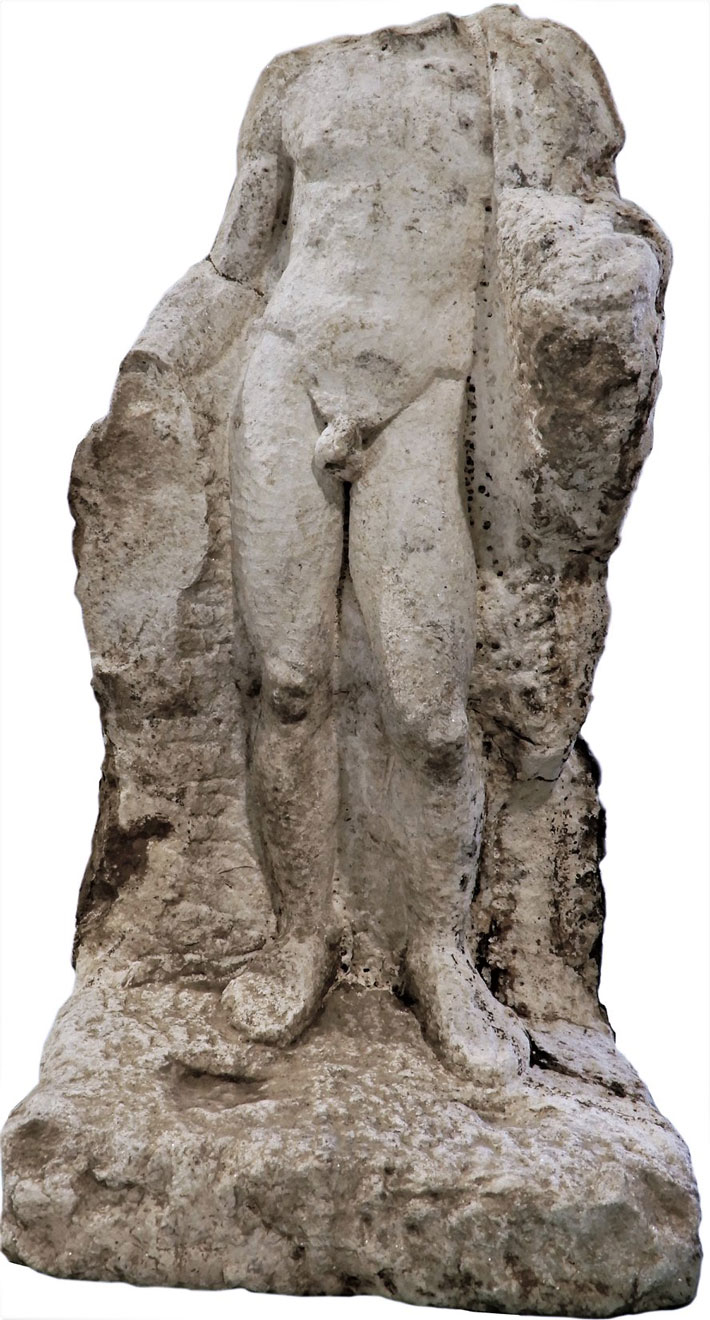 VERIA, GREECE—According to a statement released by Greece's Ministry of Culture and Sports, an unfinished statue of a young man was discovered near the site of Agios Patapios, the ancient capital of Macedonia. The piece of marble, thought to have been carved during the Roman period, stands about three feet tall, but the figure is missing its head. A robe drapes around the man's left shoulder, in a form resembling sculptures of the ancient Greek deities Apollo and Hermes. Researchers from the Ephorate of Antiquities of Imathia said the unfinished work will allow them to study local production techniques. To read about recent research on the Nike statue from the Sanctuary of the Great Gods on Samothrace, go to "Winged Victory's Vantage."