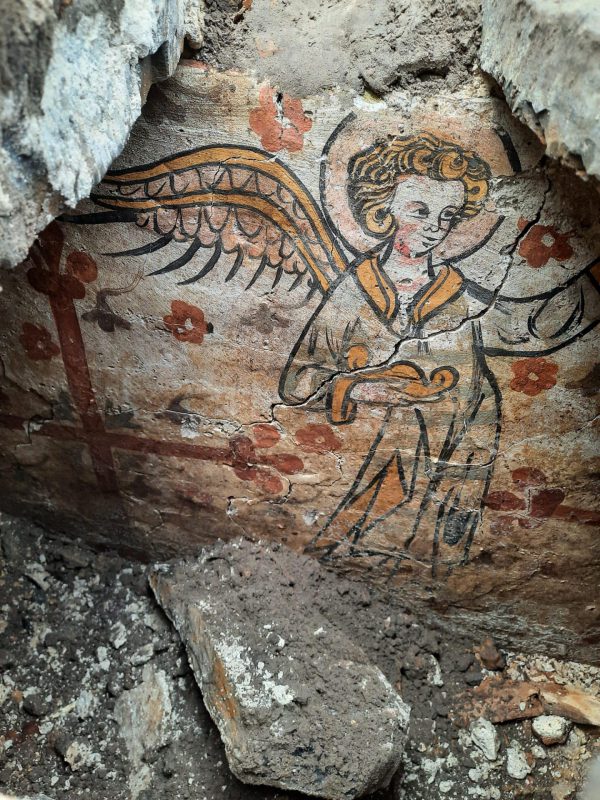 BRUGES, BELGIUM—Flanders News reports that three painted burial vaults dated to the fourteenth century were discovered during construction work near the Church of Our Lady in Bruges, which is located near the center of the city. “These are fragile constructions, often consisting of brickwork,” said Nico Blontrock, culture alderman for Bruges. A special commission was established to remove the vaults from the ground and protect the paintings, he explained. “The paintings on a layer of plaster feature angels, crosses, and other Christian themes,” Blontrock said. The best preserved vault will be displayed in the church’s museum. To read about walls made of bone that were uncovered at the site of a medieval church in Ghent, Belgium, go to "If These Walls Could Talk."