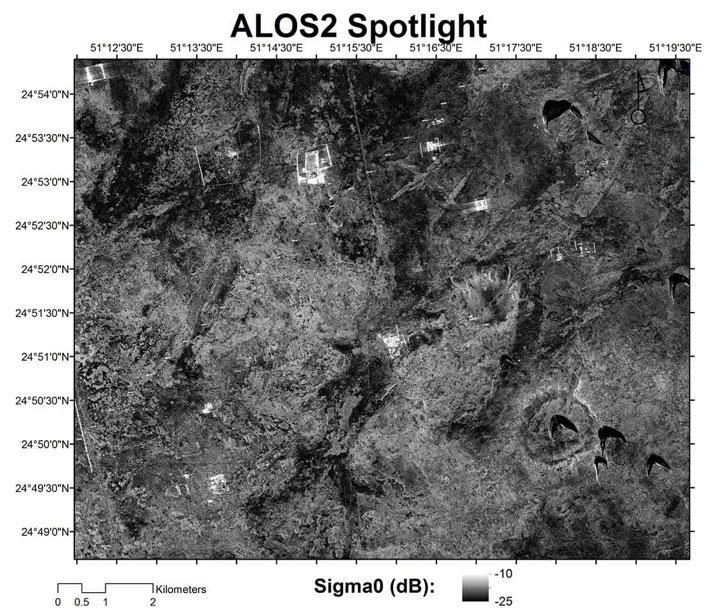 LOS ANGELES, CALIFORNIA—According to a statement released by the University of Southern California, researchers led by Essam Heggy discovered traces of an ancient structure while looking for underground water in Qatar with advanced radar satellite images. The large, rectangular plot, which is not visible on the ground surface, was radiocarbon dated to 3,600 years ago with charcoal samples from the site. Heggy and his team also found that the composition of soil samples within the structure differed from the surrounding geological features. The researchers suggest the site may have been a fortress whose inhabitants landscaped the area and practiced agriculture by accessing deep groundwater through fractures in the ground, Heggy explained. It had been previously thought that people who lived on the eastern Arabian Peninsula were entirely nomadic at this time. Read the original scholarly article about this research in ISPRS Journal of Photogrammetry and Remote Sensing. For more on the archaeology of the Arabian Peninsula, go to "Fit for a War God."