Medieval Burials Uncovered at the Cathedral of Notre Dame 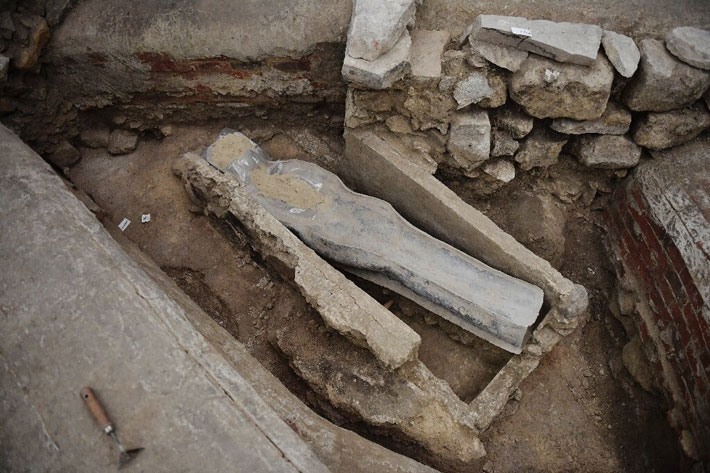 PARIS, FRANCE—According to an AFP report, a body-shaped sarcophagus made of lead and several tombs thought to date to the fourteenth century have been discovered at Notre Dame Cathedral. A look inside the sarcophagus with an endoscopic camera revealed pieces of fabric, hair, and a pillow of leaves on the head of the deceased, who is thought to have been a religious leader. “The fact that these plant elements are still inside means the body is in a very good state of conservation,” explained archaeologist Christophe Besnier. The burials were uncovered in the central area of the nave ahead of the installation of scaffolding to rebuild the cathedral’s spire, which fell during the 2019 fire. Besnier and his team also uncovered painted sculptures identified as parts of the cathedral’s original rood screen, which separated the nave from the altar area. The figures include a pair of hands, the bust of a bearded man, and vegetables. To read about medieval mass graves uncovered beneath a supermarket just a mile from the cathedral, go to "A Parisian Plague."