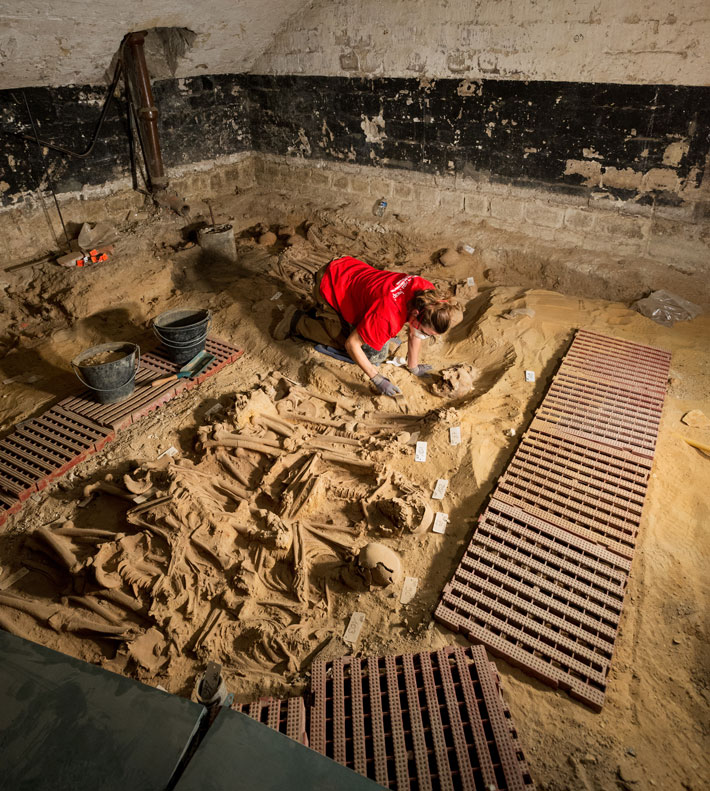 Several mass graves—one of which includes the remains of at least 150 bodies—have been discovered beneath a Paris supermarket located just a mile from Notre Dame Cathedral. The French National Institute of Preventive Archaeological Research (INRAP) unearthed the graves in advance of an expansion of the supermarket’s basement.

Based on the largest grave’s placement among other underground features, archaeologists believe it dates to between the thirteenth and sixteenth centuries. The people in the grave, men and women of all ages as well as children, appear to have been the victims of a fierce epidemic, most likely plague. The bodies were buried snugly, with children nestled into spaces between adults, says Mark Guillon, a physical anthropologist with INRAP Paris and the French National Center for Scientific Research in Bordeaux. A hospital cemetery consisting largely of individual burials was located nearby, though it is unclear whether there is any connection between the two sets of burials.