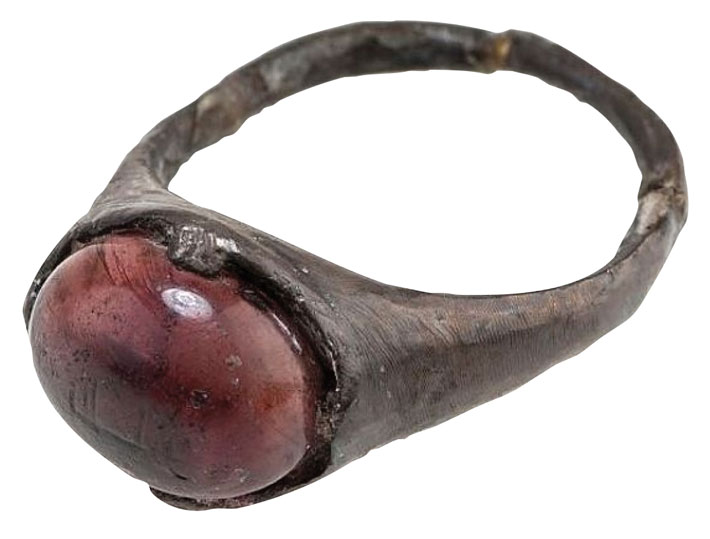 Scientists recently examined a silver ring holding a gem engraved with the word “Allah” that was discovered in a Viking-era woman’s grave by Swedish archaeologists in the late nineteenth century. The team used a scanning electron microscope to determine that the gem, thought to be an amethyst, is actually colored glass, which would have been an exotic material in the Viking world. They also discovered that the ring is still in mint condition, with no sign of wear. “That means it was not an heirloom passed from person to person that randomly ended up in Scandinavia,” says Stockholm University biophysicist Sebastian Wärmländer, who led the team. “The ring was brought here soon after it was made, and corroborates ancient tales about direct contact between Viking Age Scandinavia and the Islamic world.”