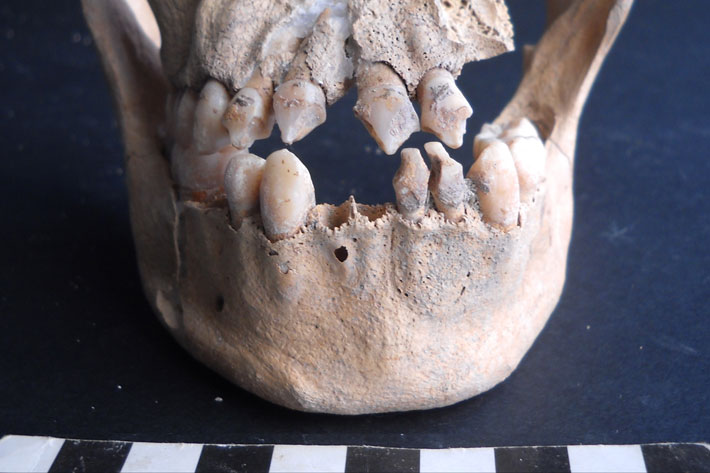 During the height of the transatlantic slave trade, from 1500 to 1850, some 12 million people were enslaved, most from West and West Central Africa. Diverse cultures, languages, traditions, and religions were found in these regions, but the ethnic and geographic origins of most of these individuals are lost to history. This is no longer the case for three slaves who were buried on the Caribbean island of St. Martin in the seventeenth century.

Researchers from the University of Copenhagen and the Stanford University School of Medicine have employed a new technique for studying fragmented DNA to learn more about where these individuals came from. DNA does not last long in the tropics, but the researchers found small bits of it in tooth roots, which they then subjected to a technique called whole-genome capture. This allowed them to isolate and identify enough DNA to compare with modern samples from West Africa. One of the slaves belonged to a Bantu-speaking population in northern Cameroon, while the other two came from non-Bantu-speaking groups in Nigeria and Ghana. Though they were buried together, these three people may not have had a language in common.

“The findings demonstrate that genomic data can be used to trace the genetic ancestry of long-dead and poorly preserved individuals,” says lead researcher Hannes Schroeder of the Natural History Museum of Denmark, “a finding with important implications for archeology, especially in cases where historical information is missing.”