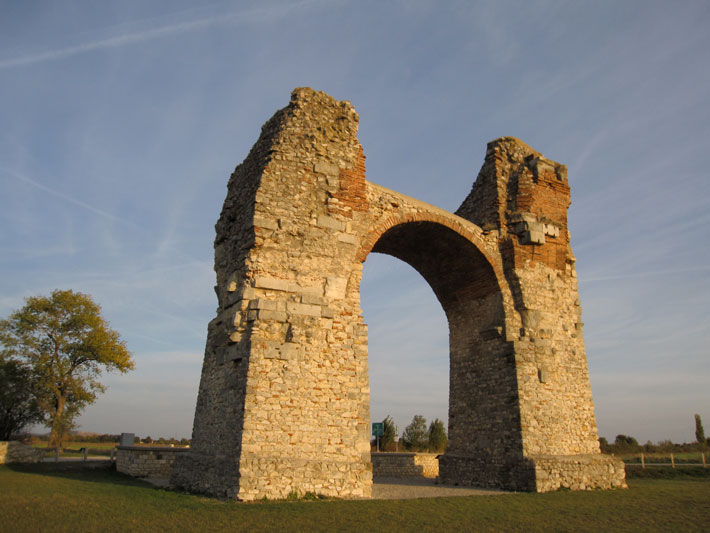 Almost all of the Roman town of Carnuntum, 25 miles east of Vienna, Austria, is preserved under fields and vineyards. The town’s history began in A.D. 40, when Roman soldiers of the Legio XV Appollinaris established a fortress on a steep cliff above the Danube. The fort controlled the eastern border of the empire and had access to the Amber Road, an ancient trade route connecting the Baltic and the Mediterranean. Within a few decades, Carnuntum had become the capital of the Roman province of Upper Pannonia, with a population of 50,000, including soldiers’ families, veterans, and merchants, as well as wealthy Roman citizens who founded another town west of military territory. Amid constant political threats, economic stress, and the impact of a major earthquake, the fort was abandoned in A.D. 433. The fort and town have been the subject of archaeological investigation for more than 100 years, according to Markus Wachter, director of the Carnuntum Archaeological Park. The site is the largest archaeological landscape in central Europe, he adds, and the recent discovery of the site of a gladiator school there has further elevated its archaeological importance. 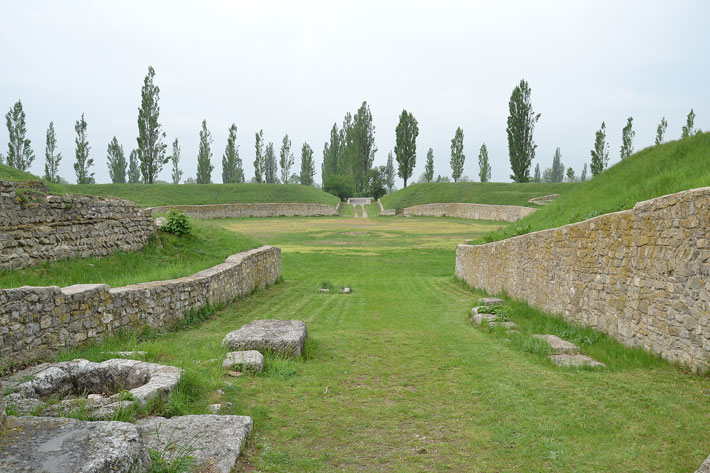 Most of ancient Carnuntum remains buried, but there are a great many ruins—original and reconstructed—for visitors to see. In the modern village of Petronell-Carnuntum there is a huge monumental arch known as Heidentor (also called “Pagan’s Gate”), built in the mid-fourth century to commemorate the victories of the emperor Constantius I. Nearby are the remains of a civilian amphitheater and an open-air museum that features ruins of three ancient buildings that have been reassembled: a house, villa, and bath house. To the east, in the village of Bad Deutsch-Altenburg, are the military amphitheater and the original site museum, which opened in 1904 and contains a temple relief that depicts the god Mithras killing a bull. In 2011, researchers discovered the three-acre gladiator school compound, the first found outside of Rome and Pompeii. Visitors can see the school’s training area, advertisements announcing gladiatorial contests, and exhibitions of paraphernalia.

The Austrian countryside holds many delights for tourists, including excellent wines. Among them is Rubin Carnuntum, with an image of the Heidentor printed on the label. Many who visit Carnuntum make day trips from Vienna, known as the City of Music for its association with composers such as Mozart, Beethoven, Haydn, and others. The city has many theaters and opera houses, in addition to seemingly countless museums, including the Imperial Treasury and the Kunsthistorisches Museum, which contain the treasures of the Habsburg dynasty. The latter also hosts collections of Egyptian, Near Eastern, Roman, and Greek antiquities.