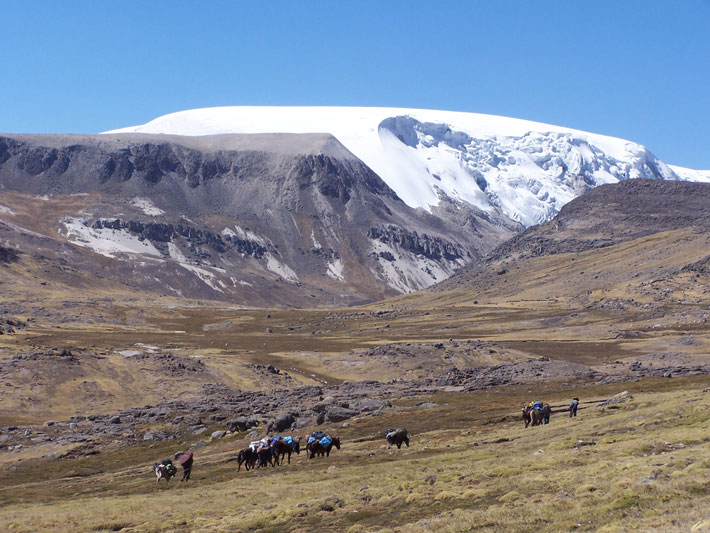 Powerful empires throughout history have exploited precious resources, but this extraction can take a toll on the environment. Researchers have recently discovered two examples of imperial mining efforts—separated by hundreds of years and thousands of miles—that left behind pollution that can still be measured today.

When the Mongols conquered China and founded the Yuan Dynasty (A.D. 1271–1368), they established an ambitious silver mining operation near Lake Erhai in Yunnan Province. Production grew rapidly, and by 1328 almost half of the national tax revenue came from silver mined and processed there. Once ore containing silver was mined, it was heated to release impurities such as lead. A recent analysis of sediment cores from Lake Erhai found that lead pollution spiked during the Yuan Dynasty, peaking at three to four times the level caused by modern mining. This surprisingly high level of ancient pollution may be due more to the inefficiency of the refining process than to the amount of silver mined, says Aubrey Hillman, a doctoral candidate in geology at the University of Pittsburgh.

Preindustrial lead pollution due to silver mining has also been found in South America, where the traces show up in a core sample from the Quelccaya Ice Cap, high in the Peruvian Andes. The Incas pioneered silver extraction in the area, but it wasn’t until Spanish colonizers dramatically ramped up production in the sixteenth century that lead was released in quantities large enough to be detected almost five hundred years later by a team led by geoscientist Paolo Gabrielli of The Ohio State University. The Spanish increased the amount of ore mined by using forced Inca labor, and introduced a more efficient refining process in which ore was pulverized, releasing lead-laden dust into the atmosphere. The ore was then mixed with liquid mercury to remove impurities. Taken together, these discoveries provide ample evidence that mineral wealth and pollution have long traveled hand in hand.