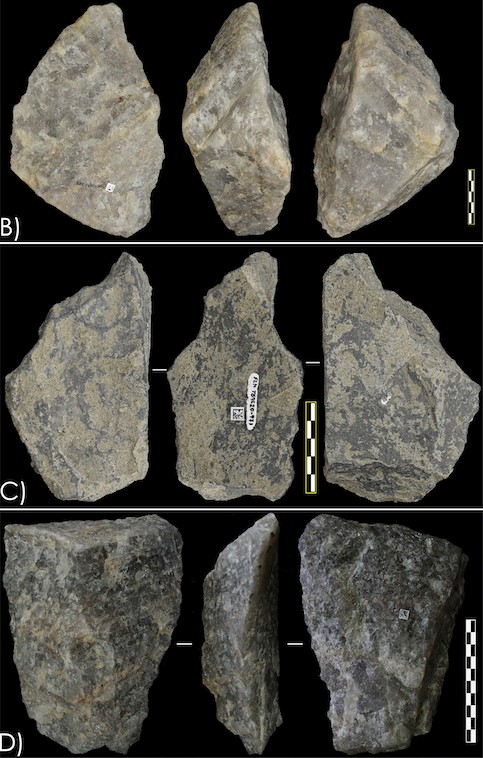 BURGOS, SPAIN—According to a statement released by Spain’s National Research Center on Human Evolution (CENIEH), a new dating technology, known as the cosmogenic nuclide isochron method, has been used for the first time on stone tools uncovered at a site in Tanzania’s Olduvai Gorge by a team of researchers led by Toshi Fujioka and Alfonso Benito-Calvo. The technique can be used to date the tools themselves, rather than the sediments surrounding them. Fujioka explained that this has been an important strategy at this site, called Complex T69, because it has few of the volcanic ash layers that have been employed to date other sites in Olduvai Gorge. The technique, he added, could help researchers establish a chronology for the disappearance of Oldowan tools, which are usually associated with Homo habilis, and the emergence of Acheulean tools, which are typically associated with Homo erectus. Read the original scholarly article about this research in the Journal of Human Evolution. To read about the earliest known bone point found in Olduvai Gorge, go to "The Bone Collector."