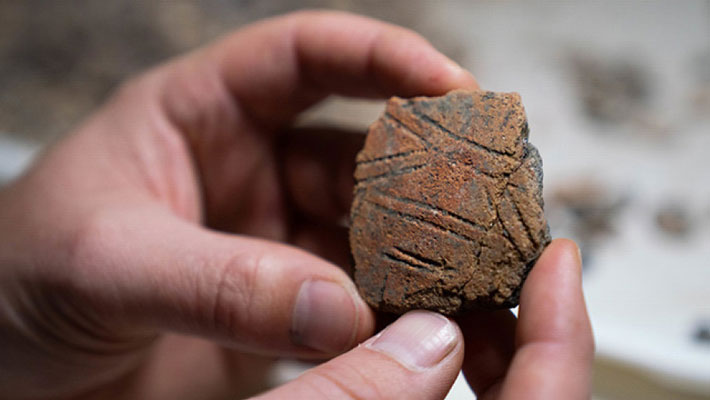 CANBERRA, AUSTRALIA—Lapita pottery, tools, blades used for tattooing, imported obsidian, and the bones of non-local species of pigs, dogs, and rats have been discovered at the Gutunka archaeological site on Brooker Island, which is located near the southern tip of Papua New Guinea, according to a Cosmos Magazine report. “For a long time it was thought Lapita groups avoided most of Papua New Guinea because people were already living there,” said Ben Shaw of Australian National University. People have lived in Papua New Guinea for at least 50,000 years, he explained. The study suggests that Lapita people visited the island sporadically at first, and established a base for the harvesting of sea turtles some 3,000 years ago. But encounters with the Papuans may have encouraged the Lapita to continue to explore the islands of the Pacific. “It is one of the greatest migrations in human history and finally we have evidence to help explain why the migration might have occurred and why it took place when it did,” Shaw concluded. For more on the Lapita, go to "Ancient Tattoos: Lapita Fragment and Engraving."