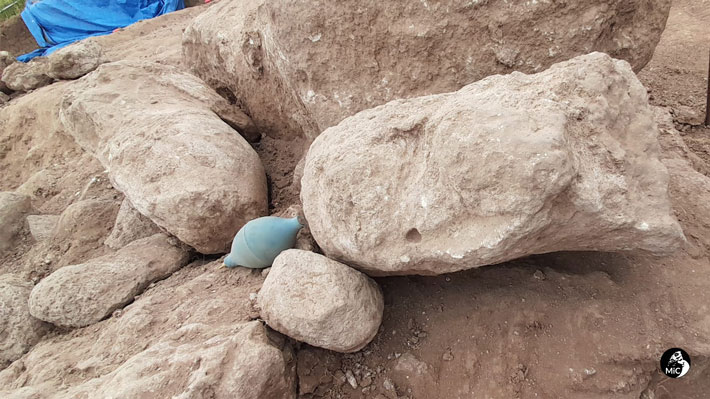 MONT’E PRAMA, ITALY—ANSA.it reports that fragments of two monumental limestone statues of boxers that once stood more than six feet tall have been discovered in the necropolis at Cabras, which was discovered on farmland in the 1970s in the central-western area of the island of Sardinia. The 3,000-year-old pieces include the torsos of two boxers; a large, curved shield that would have covered an abdomen and arm; a head; legs; and other body parts. The researchers also unearthed traces of a road that flanked the more than 170 tombs of young men and a few young women, explained team leader archaeologist Alessandro Usai. In all, fragments of more than 40 such statues, known as the “Giants of Mont’e Prama,” have been recovered. But why were the monuments reduced to rubble? “My opinion is that the giants fell down one at a time on their own, as the way they were made was overbalanced forwards,” Usai concluded. To read about evidence for trading on Sardinia between the Iron Age Nuragic and Villanovan cultures, go to "Tyrrhenian Traders."