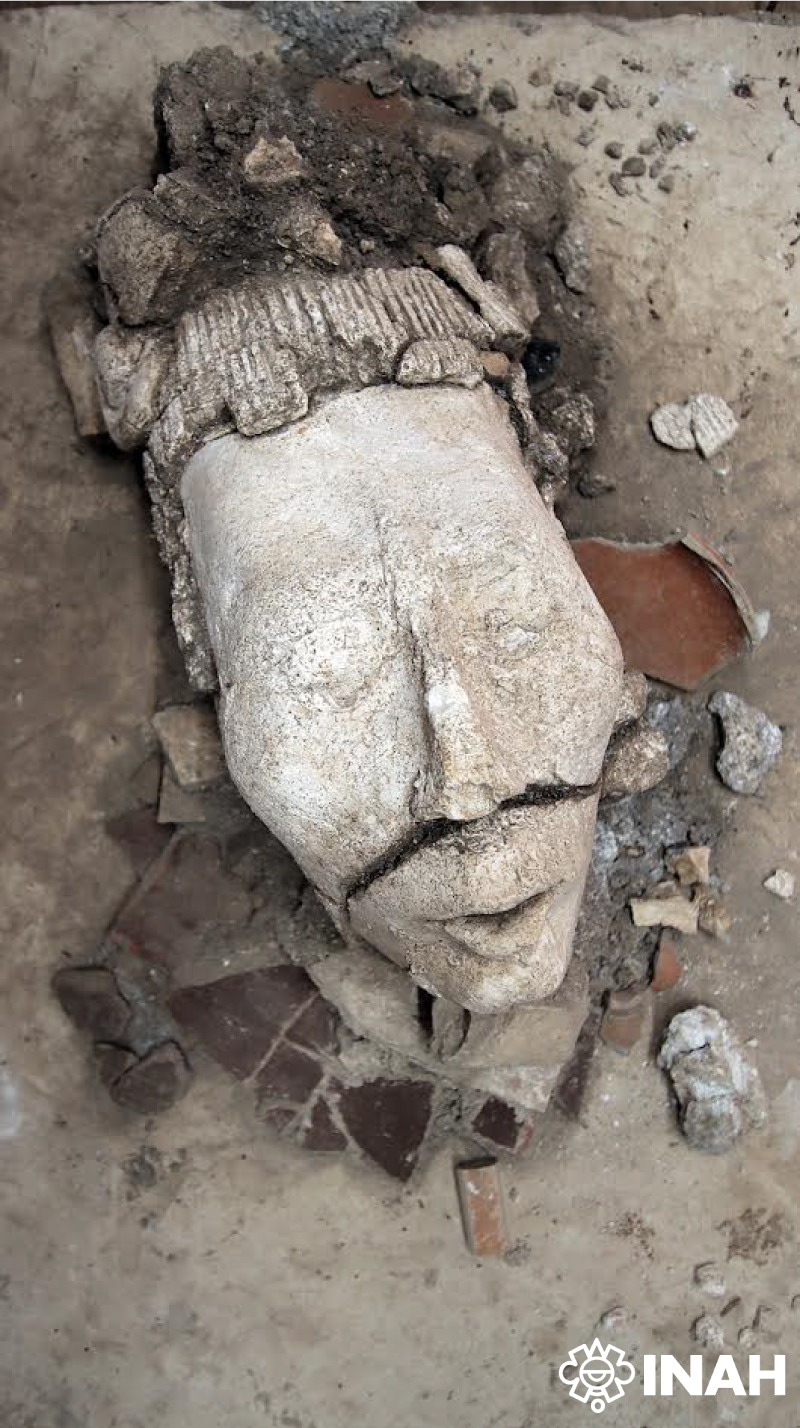 CHIAPAS, MEXICO—According to a statement released by Mexico’s National Institute of Anthropology and History, a 1,300-year-old sculpture depicting the head of the Maya Maize God has been discovered at Palenque. Archaeologist Arnoldo González Cruz and conservator Haydeé Orea Magaña were removing fill from a corridor in El Palacio, or The Palace, when they found a three-walled receptacle. Under a layer of loose earth in the receptacle, they discovered the sculpture, which may have been displayed in a reflecting pond made of stucco to depict the god entering the underworld through an aquatic environment, reflecting his cycle of birth, death, and resurrection, Cruz explained. The researchers also found fragments of a ceramic tripod thought to have once supported the statue. The pond was eventually ritually closed: a section of its floor was broken, and the receptacle was filled with vegetables and the bones of quail, turtles, fish, dogs, shells, crab shells, ceramic fragments, figurines, obsidian blades, green stone beads, shells beads, seeds, and snails. Some of the bones had been cooked and bear teeth marks, indicating that a meal may have been part of the ritual. The cavity was then covered with loose stones, and a limestone slab was placed on top. The broken tripod was placed over a hole in the slab, followed by a semicircular bed of potsherds to support the sculpture. The entirety was then enclosed in earth and the three small walls. To read more about the Maya maize god, to to "Maya Maize God's birth."