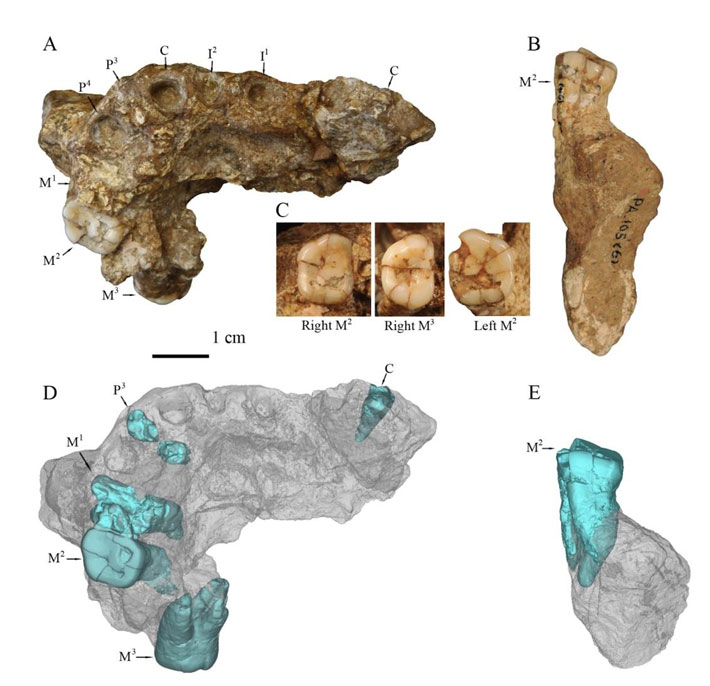 SHAANXI, CHINA—According to a statement released by Spain’s National Research Center on Human Evolution (CENIEH), an international team of scientists, including Liu Wu of the Institute of Vertebrate Paleontology and Paleoanthropology, suggests that 1.6 million-year-old Homo erectus fossils unearthed at the site of Gongwangling in the 1960s could belong to one of the first hominins to reach China. Recent examination of the skull, jawbone, and five teeth with micro-computed tomography, geometric morphometry, and classical morphology techniques indicates that the Gongwangling teeth are similar to those found at other Homo erectus sites in China dated to between 400,000 and 800,000 years ago, but exhibit some variations. “The Gongwangling site helps to plug this enormous lapse of time and suggests that Asia might have been settled by successive populations of the species H. erectus at different moments of the Pleistocene,” said José María Bermúdez de Castro of CENIEH. To read about the last surviving members of Homo erectus, go to "Around the World: Indonesia."