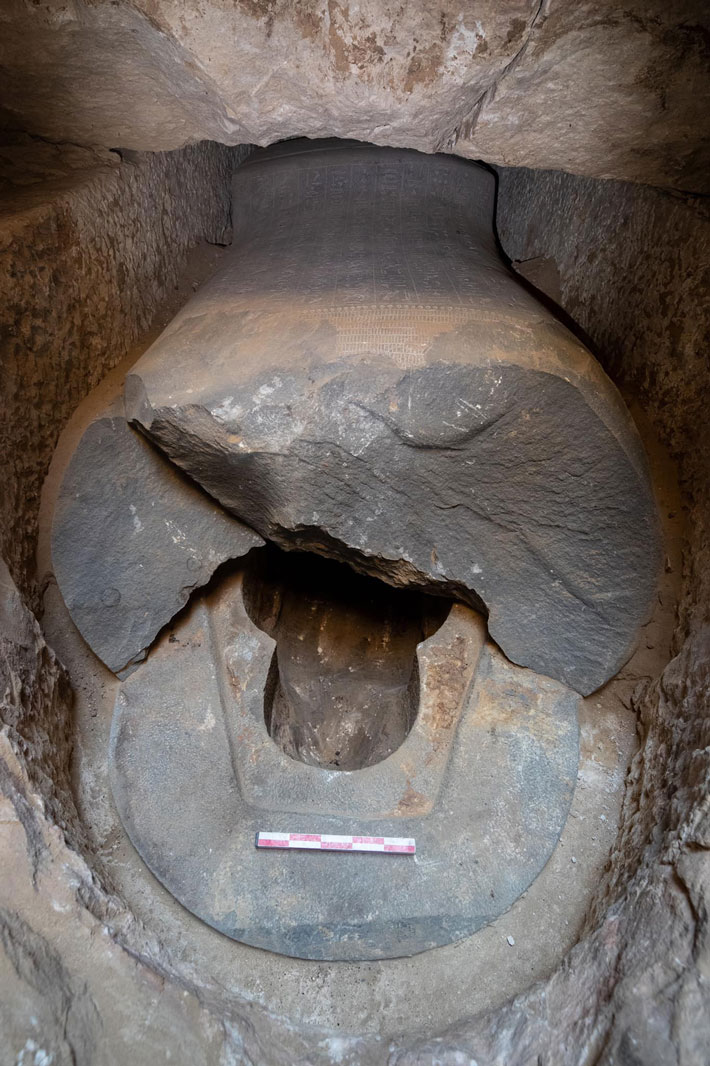 CAIRO, EGYPT—The National reports that a tomb holding the remains of Wahibre-mery-Neith, an Egyptian military official who commanded battalions made up of foreign soldiers, has been unearthed in Giza’s Abusir necropolis by a team of researchers led by Miroslav Bárta of Charles University in Prague. Mostafa Waziri of the Supreme Council of Antiquities said that the shaft tomb, which has been dated to around 500 B.C., is about 20 feet deep and 46 feet square. A double sarcophagus was found on a bed of sand at the bottom of a second shaft cut into the bedrock of the main shaft. The outer sarcophagus is made of white limestone, while the inner is made of basalt. The damaged inner coffin was inscribed with passages from the Egyptian Book of the Dead describing the resurrection of the deceased and the journey to the afterlife. No mummy was found. Barta thinks the tomb was looted around the fourth or fifth centuries A.D., based on pottery that had been left behind by the intruders. A scarab, some 400 ushabti figurines made of faience, and two alabaster canopic jars were also recovered. To read about the researchers' recent discovery of a large embalming cache for Wahibre-mery-Neith, go to "Mummy Makers."