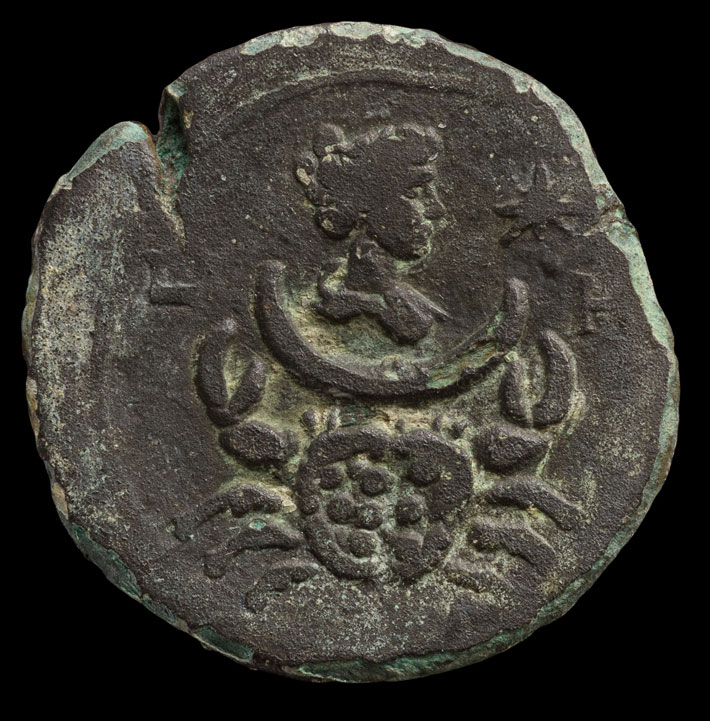 HAIFA, ISRAEL—According to a statement released by the Friends of the Israel Antiquities Authority, a bronze coin minted in Alexandria, Egypt, was discovered during an underwater survey in the Mediterranean Sea off Israel’s Carmel coast. The coin—one of a series that depicts the signs of the zodiac—dates to the eighth year of the reign of the Roman emperor Antoninus Pius, or around A.D. 144. This coin shows the zodiac sign Cancer beneath a portrait of the moon goddess Luna. Jacob Sharvit of the Israel Antiquities Authority Maritime Archaeology Unit said that the coin is the first of its kind to be found in the region and a rare addition to Israel’s national treasures. To read about tenth-century A.D. gold coins unearthed in Jerusalem, go to "Money Talks."