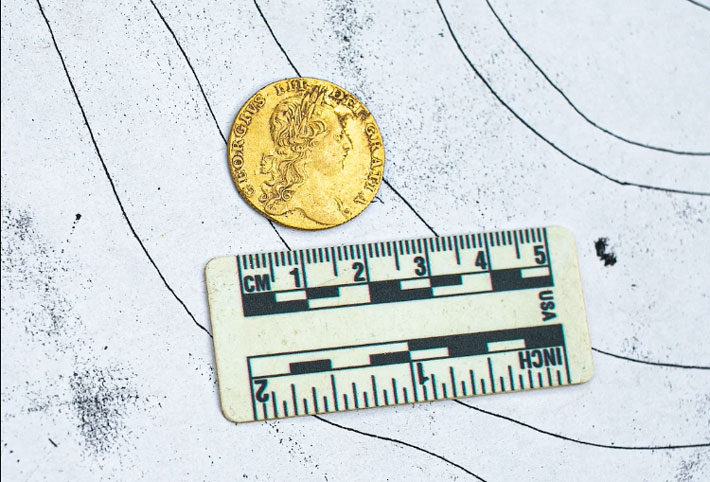 GLASSBORO, NEW JERSEY—According to an Associated Press report, a mass grave has been found in the trench system surrounding Fort Mercer, an earthen structure built during the Revolutionary War by American forces on the New Jersey shore of the Delaware River. Researchers from Rowan University and South River Heritage Consulting of Delaware said the grave contained the remains of as many as 12 men, pewter and brass buttons, and a gold guinea worth a soldier’s pay for a month. They suggest that the remains could represent German soldiers who were hired by the British to fight rebellious colonists, and may have been among the 377 men lost by the British at the Battle of Red Bank in 1777. Forensic anthropologists employed by the New Jersey State Police will analyze the remains, and attempt to extract DNA from them, in order to learn where the men originated and their health status at the time of death. Historian Jennifer Janofsky of Rowan University added that the team members may even be able to identify some of the soldiers. The bones will eventually be interred at another location. To read about excavations at another Revolutionary War battle site in South Carolina, go to "Laurens' Last Stand."