Neolithic Watermelons May Have Been Valued for Their Seeds 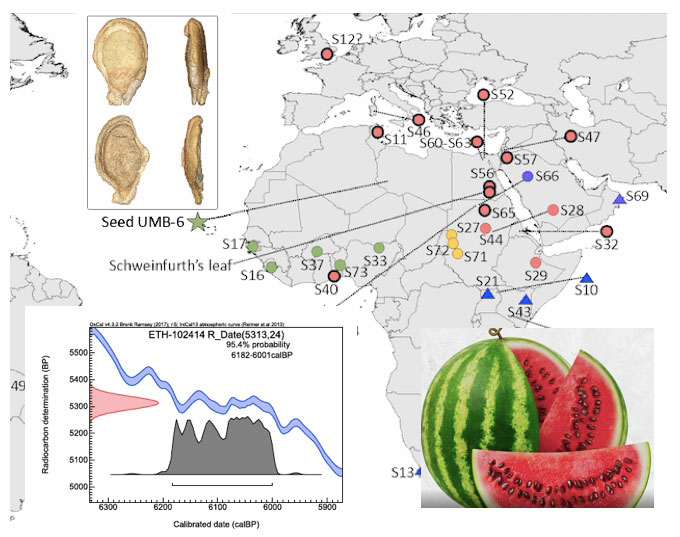 ST. LOUIS, MISSOURI—According to a statement released by Washington University in St. Louis, biologist Susanne S. Renner and her colleagues analyzed genes extracted from 6,000-year-old watermelon seeds unearthed at Libya’s Uan Muhuggiag rock shelter. They compared them to genes from 3,300-year-old watermelon seeds unearthed in Sudan and from collections of modern watermelon seeds. The researchers found that Libya’s ancient watermelon probably produced unappetizing flesh, but its numerous, oil-rich seeds lacked the cucurbitacin chemical that made the flesh bitter. These seeds would have made a tasty, nutritious dried or roasted snack, or could have been boiled to make soup or stew, Renner explained. Guillaume Chomicki of the University of Sheffield added that the damage patterns found on the teeth of people who lived in what is now Libya during the Neolithic period are consistent with the consumption of seeds. To read about DNA sequencing of a watermelon leaf recovered from a 3,500-year-old tomb in Luxor, go to "World Roundup: Egypt."