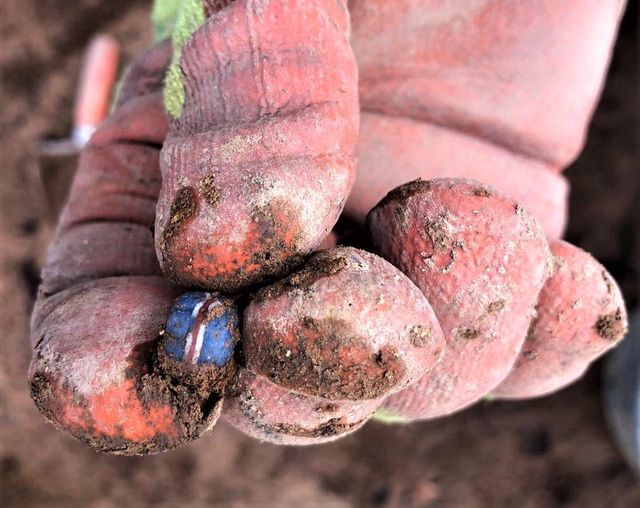 SEYðISFJÖRðUR, ICELAND—Traces of a farmstead dated to the earliest settlement of Iceland have been uncovered in the East Fjords of the island by a team of researchers led by archaeologist Ragnheiður Traustadóttir, according to Iceland Review. The site is situated in a valley where landslides from the high slopes and tephra from volcanic eruptions have protected archaeological materials and provided a means of dating them. So far, researchers have found human remains; the bones of a horse; a spear; a boat; and jewelry, including a red, white, and blue bead dated to between A.D. 940 and 1100. To read about a Viking Age site in Iceland's lava fields, go to "The Blackener's Cave."