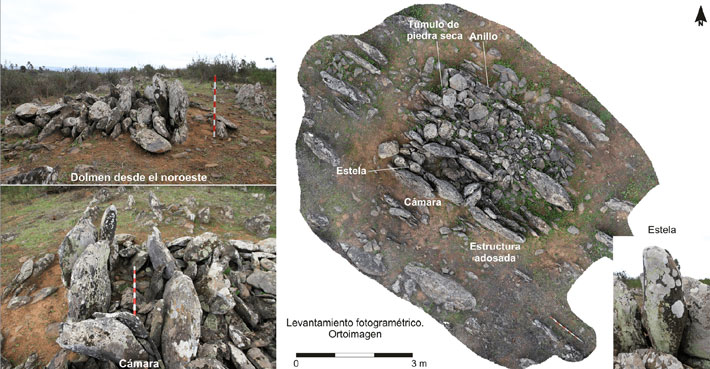 HUELVA, SPAIN—The Guardian reports that a megalithic complex of more than 500 standing stones was discovered during a survey at La Torre-La Janera, which is located near the Guadiana River in southern Spain. The monuments include 26 alignments of standing stones, and two stone circles built on hilltops with views of the sunrise during the summer and winter solstices and the spring and autumn equinoxes. “This is the biggest and most diverse collection of standing stones grouped together in the Iberian Peninsula,” said José Antonio Linares of the University of Huelva. Linares and his colleagues estimate that the stones were erected in the second half of the sixth or fifth millennium B.C. Dolmens, mounds, and stone-lined cists were also revealed by the survey. Excavation of the stones is expected to continue into 2026. To read about a woman buried in a megalithic tomb some 5,300 years ago who received the earliest known ear surgery, go to "Around the World: Spain."