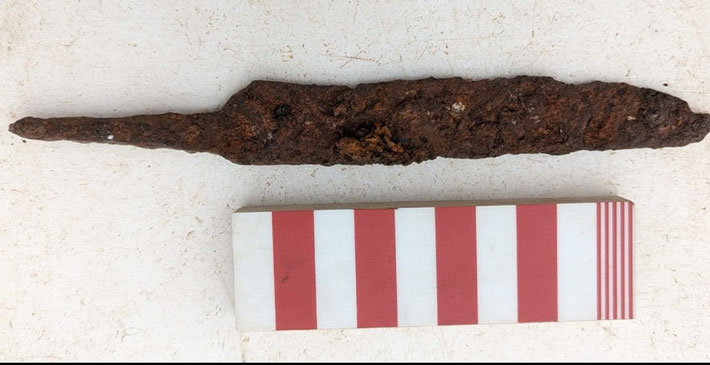 HUMBERSIDE, ENGLAND—BBC News reports that remains of what may be a medieval ale house have been unearthed in East Yorkshire. Archaeologist Emma Samuel said that a large number of pottery beakers and jugs have been uncovered at the site, along with carefully butchered sheep and cattle bones. “From their design, we know the beakers date back to about the thirteenth century,” she said. “The site could well have been a pub or some kind of large house, perhaps even a hostelry.” Foot travelers would have needed a safe place to stay when making long journeys, she explained. Traces of smaller buildings, a knife, chisels, and jewelry dating back to the seventh century were also recovered. To read about another archaeological discovery in England, go to "Cave Fit for a King...or a Hermit."