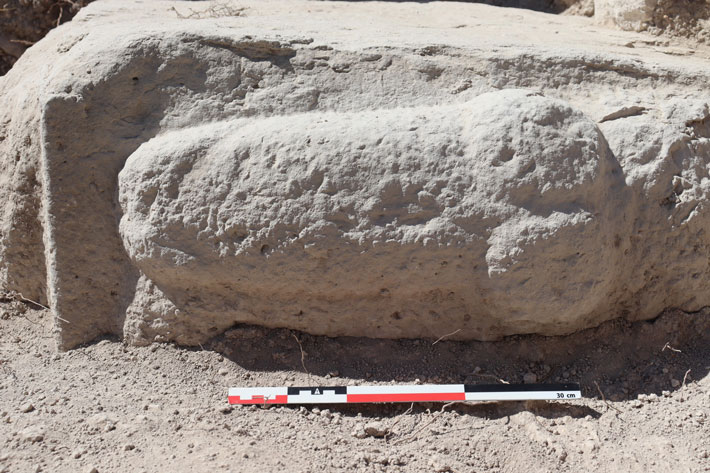 CORDOBA, SPAIN—El País reports that a bas-relief sculpture of a phallus has been found on the corner of a monumental building at the Roman site of El Higuerón in southern Spain. “It was common to put them on the facades of houses, and soldiers carried small phallic amulets as symbols of virility,” said Andrés Roldán of the University of Extremadura and the Historical Museum of Nueva Carteya. This carving, larger than most, is about 18 inches long, he added. The Romans are thought to have built the structure, which features perimeter walls six feet thick and underground storerooms, on top of fortifications that may date back to the fifth century B.C. The building was then renovated by invading Moors in the eighth century, and abandoned in the thirteenth century. To read about the discovery of phallic symbols and other ancient graffiti at an English site where stone was quarried for repairs to Hadrian's Wall, go to "Roman Soldier Scribbles."