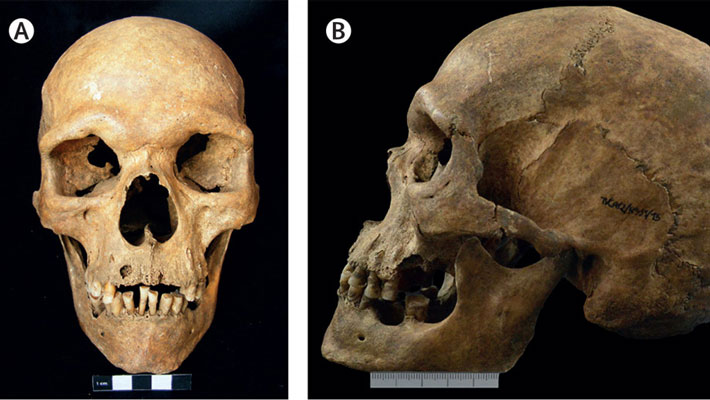 CANBERRA, AUSTRALIA—According to a statement released by Australian National University, an international team of researchers led by João Teixeira of Australian National University has determined that a skeleton unearthed in northeastern Portugal belonged to a man who had Klinefelter syndrome. While analyzing a genetic sample obtained from the man’s remains, the researchers found an extra X chromosome, which characterizes the condition. Klinefelter syndrome is not inherited, but is the result of a random genetic error after conception. People born with Klinefelter syndrome may experience low levels of testosterone, and the condition can also affect physical and intellectual development. The discovery of an ancient case of Klinefelter syndrome could help researchers establish a history of the condition and understand how frequently it may have occurred through time, Teixeira explained. Read the original scholarly article about this research in The Lancet. To read about 350-year-old human remains that were buried in an 8,000-year-old shell midden in the Tagus Valley, go to "Around the World: Portugal."