Paleolithic Artifacts Discovered in a Cave in Slovakia 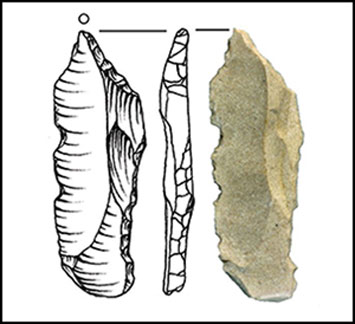 KRAKÓW, POLAND—Science in Poland reports that weapons, bone needles, a fragment of a stone lamp, and hundreds of animal bones have been uncovered in the remains of a large fire in Hučivá Cave, which is located in Slovakia’s Belianske Tatras, by a team of Polish and Slovak researchers. Paweł Valde-Nowak of Jagiellonian University said the artifacts were left behind by Magdalenian people who were hunting ibex, a creature that no longer lives in the region. The researchers will continue to look for evidence of prehistoric peoples on the Polish side of the Tatra Mountains. Read the original scholarly article about this research in Antiquity. To read about a Magdalenian wind instrument fashioned from a snail shell, go to "Artifact."