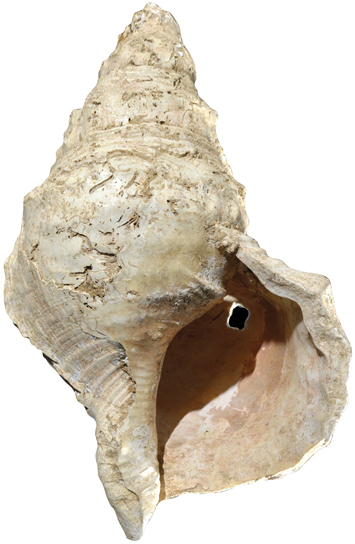 Everyone who lives or vacations near the ocean has gone on an early morning beach walk to collect shells and, thinking they have found a perfectly intact specimen, bent over and plucked it from the sand, only to find the top broken off, the bottom missing, or a crack in the side. In the case of this sea snail shell from Marsoulas Cave in France’s Pyrenees Mountains—the largest shell ever found in a European prehistoric context—what might first be perceived as damage was actually the product of precision artistry. Many millennia ago, a member of the Paleolithic Magdalenian culture made a musical instrument from the shell, creating what is now the oldest known shell wind instrument in the world. 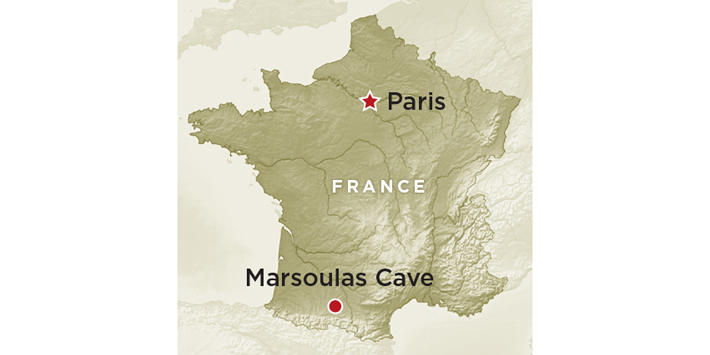 The shell was originally discovered in 1931 just outside the cave’s entrance. A photo of the shell was published the next year along with text identifying it as having no traces of human modification, explains archaeologist Gilles Tosello of the University of Toulouse. “It was thought of as a curiosity brought back by the Magdalenians from the coast and that it was probably used as a drinking cup,” he says. Nearly a century later, Tosello, along with a team of eight researchers directed by Carole Fritz, reexamined the shell, which had been stored in the Museum of Toulouse. Upon close study, he noticed tool marks establishing that deliberate modifications had, in fact, been made to the shell. Its outer lip had been removed, and its top had been purposely broken off to create an opening, likely so a mouthpiece made of wood or bone could be attached. “This shell has been waiting for ninety years for us to unlock its secrets,” says Tosello. “These modifications are very sophisticated.” So too was the music it made. A musicologist who specializes in horn playing was able to produce three deep, resonant notes—a C, a C-sharp, and a D—at about 100 decibels, more than loud enough to be heard at a distance from the mouth of the cave where it was perhaps played one morning some 18,000 years ago.