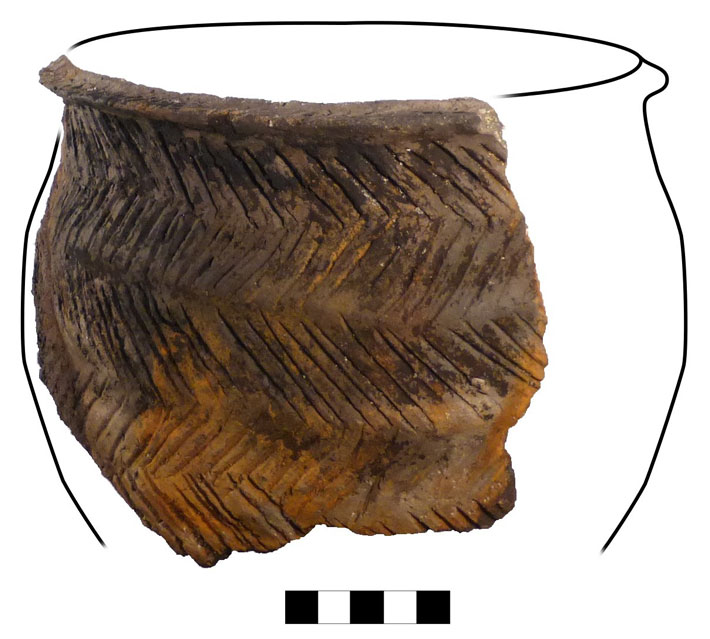 BRISTOL, ENGLAND—According to a statement released by the University of Bristol, Simon Hammann, Luce Cramp, and their colleagues analyzed residues collected from pots recovered from crannog sites in Scotland’s Outer Hebrides. The study suggests that early Neolithic cooks used cereals, dairy products, and meat as ingredients as early as 4000 B.C., when grain was brought to Britain by migrant farmers from continental Europe. The study also showed that the biomarkers for grains can be preserved for thousands of years longer than previously thought possible if kept in waterlogged conditions. Biomolecular traces of cereals were detected in about one third of the pots in the study, Hammann and Cramp explained. The analysis also indicates that wheat, which is not usually found among charred plant remains at archaeological sites in the region, was boiled in the pots. Smaller pots were used to cook cereals in milk, perhaps to form a gruel, while larger pots were used to cook meat-based stews. Many of the pots were intact and decorated, and may have served a ceremonial purpose. Read the original scholarly article about this research in Nature Communications. For more on Scotland's crannogs, go to "Worlds Apart."