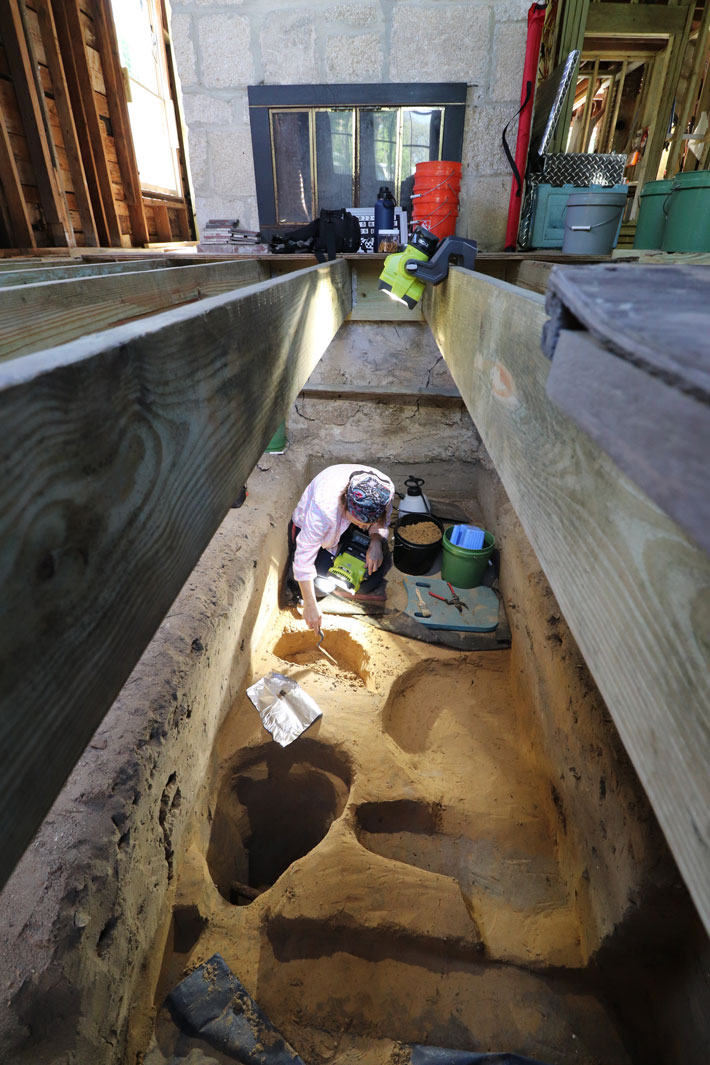 ST. AUGUSTINE, FLORIDA—According to a First Coast News report, St. Augustine city archaeologist Andrea White and her colleagues have found pottery and postholes from Palica, a Native American village, under a nineteenth-century house in St. Augustine’s Lincolnville neighborhood. The house was constructed a couple of feet above the ground, which has protected the archaeological site. This particular area was the site of a Catholic mission in the early 1700s, White explained. The mission was eventually abandoned in the mid-eighteenth century. The remains of a carefully buried donkey, thought to have been a farm animal, have been dated to the late eighteenth century, when the land was used as an orange grove as part of the Yallaha plantation. To read about an artifact recovered from a 1782 shipwreck off the coast of St. Augustine, go to "Around the World: Florida."