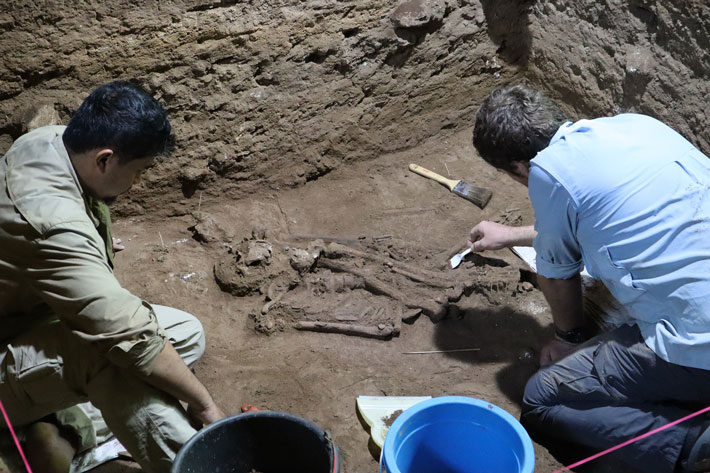 BRISBANE, AUSTRALIA—According to a Live Science report, 31,000-year-old remains recovered from a limestone cave in a remote region of the Indonesian portion of the island of Borneo bear evidence of surgical limb amputation. When the bones were unearthed by Tim Maloney of Griffith University, India Ella Dilkes-Hall of the University of Western Australia, and Andika Priyatno of Balai Pelestarian Cagar Budaya, they noticed that the left foot and lower leg were missing. When paleopathologist Melandri Vlok of the University of Sydney examined the remains, she confirmed the presence of bony growths related to healing on the end of the shortened limb. The healing of such a wound and the child’s survival as a hunter-gatherer for several years in mountainous terrain would have required a high degree of community care, Vlok said. The foragers may have even had knowledge of the use of tropical plants as anesthetics, antiseptics, and other wound-healing treatments, added Dilkes-Hall. It had been previously thought that the anatomical and surgical knowledge necessary for the successful amputation of diseased or damaged limbs did not begin to develop until people began farming and living in permanent settlements, Maloney concluded. Read the original scholarly article about this research in Nature. To read about a Civil War–era surgeon's burial pit in Virginia that was filled with amputated limbs, go to "Do No Harm."