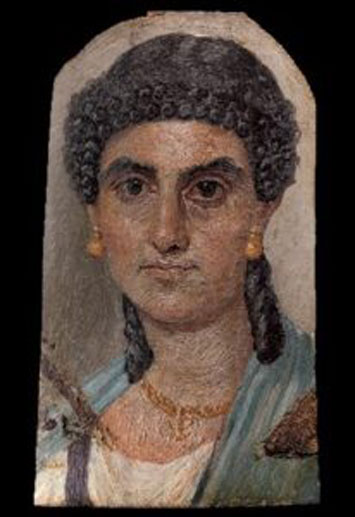 NEW YORK, NEW YORK—Ahram Online reports that six artifacts recovered from the Metropolitan Museum of Art were handed over to Egypt’s Consul General Howaida Essam Mohamed at a ceremony in New York following two investigations into trafficking networks and the illegal antiquities trade by the Manhattan District Attorney’s Office and U.S. Homeland Security Investigations. The objects include a coffin fragment painted with a woman’s face; a seventh-century B.C. limestone relief engraved with hieroglyphic text and an offering scene; five linen fragments; a bronze statue of a musician named Kemes; and a Roman-era Fayum portrait of a woman. Another nine artifacts recovered from an American collector, including a Ptolemaic-era coin, will also be returned to the Egyptian Consulate. District Attorney Alvin L. Bragg, Jr., commented that his office would not allow the borough to be used by dealers and traffickers to turn a profit off stolen artifacts. To read about innovative research being done on mummy portraits from Roman Egypt, go to "At Face Value."