Footprint of a Prehistoric Structure Uncovered Near Prague 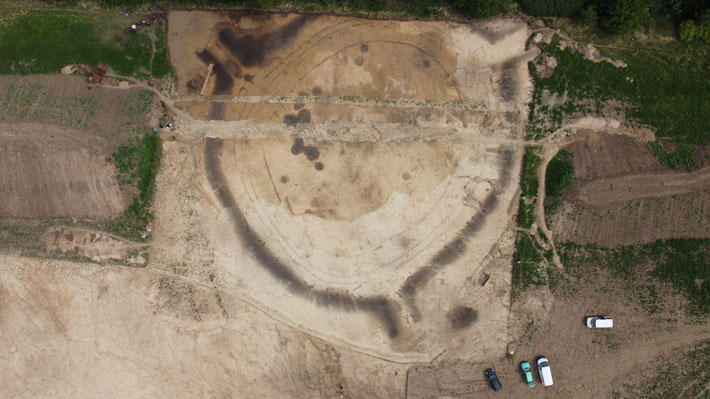 PRAGUE, CZECH REPUBLIC—Radio Prague International reports that traces of an estimated 7,000-year-old circular structure measuring about 180 feet in diameter have been uncovered in Vinoř, an area on the outskirts of the city of Prague, by a team of researchers led by Miroslav Kraus. The well-preserved remains of the structure, known as a roundel, include postholes that held a central wooden structure and evidence of three entrances. Kraus explained that the roundel may have served as a trade or religious center. “It would be great to discover something that would indicate the actual function of the building,” Kraus said. “However, it is very unlikely, since none of the previously researched roundels have revealed such information.” Kraus and his colleagues will also try to obtain an accurate date for the structure. To read about a Neolithic well excavated in East Bohemia, go to "Around the World: Czech Republic."