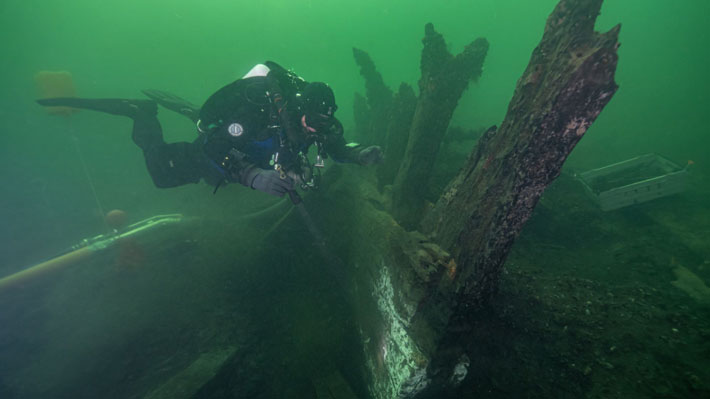 LUND, SWEDEN—According to a statement released by Lund University, Brendan Foley and a team of researchers from Lund University, Blekinge Museum, and the Danish Viking Ship Museum have returned to the well-preserved wreckage of Gribshunden, which sank in 1495 off the coast of Ronneby, Sweden. The vessel served as the flagship of the Danish Norwegian King Hans, and is one of the first to have been built to carry artillery. The team members recovered artillery, handguns, and major components of the steering gear and sterncastle. They are also creating 3-D digital models of Gribshunden to investigate how the tightly confined spaces on board may have been used by the king and his noblemen while at sea for months at a time. Future excavations will investigate why the ship sank on a voyage to Kalmar, Sweden, where King Hans expected to be elected king of Sweden. “Medieval documents state that there was a fire and explosion, but we have not seen any signs of that,” Foley said. To read about a previous discovery from the wreck of Gribshunden, go to "Around the World: Sweden."