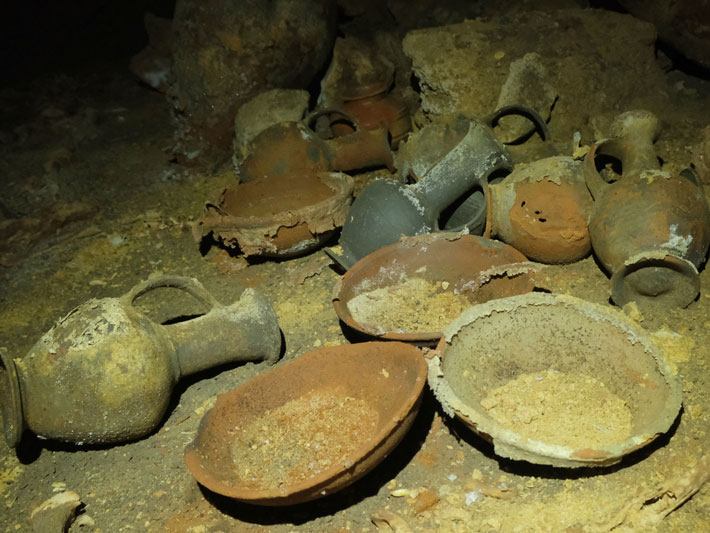 PALMAHIM, ISRAEL—Haaretz reports that a burial chamber estimated to be 3,300 years old was discovered on the coast of southern Israel during a construction project. The square-shaped tomb had been carved out of bedrock with a pillar to support its ceiling, perhaps for use by a single family or clan over many generations, explained Eli Yannai of the Israel Antiquities Authority. The researchers do not expect to be able to extract DNA from the poorly preserved human remains, however. He added that the tomb was intact when it was discovered, but it appears that some items have been stolen since then. Arrowheads, bronze spear tips, pottery and bronze vessels, amphoras, bowls, cooking vessels, and oil lamps remain in the tomb. Some of the vessels are tiny, and may have held precious substances imported from Cyprus, Lebanon, and Syria. The settlement where these people lived may now be underwater, Yannai concluded. To read about the abrupt end of the Bronze Age site of Tel Kabri, go to "Around the World: Israel."