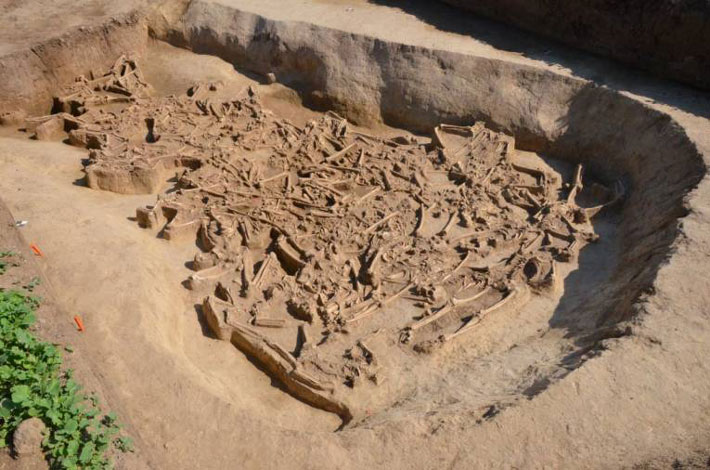 VRÁBLE, SLOVAKIA—The Slovak Spectator reports that a mass grave containing the remains of some three dozen people has been uncovered at the site of a settlement in western Slovakia dated from 5250 to 4950 B.C. In its later stages, the settlement was fortified with a moat and a palisade with six entrances. Zuzana Hukelová of the Slovak Academy of Sciences said the bones were discovered in a ditch near one of these entrances. “The bodies originally lay in various positions—on their backs, on their stomachs, on their sides, some in a frog-like position,” she said. Many of the individuals are thought to have been young, although only one child’s skull has been recovered. Those at the bottom of the ditch were missing their heads, she added. Further research will try to determine if these people died at the same time, and if they died of illness or injury. Scientists will also attempt to retrieve DNA samples from the bones and look for relationships between the dead. To read about a nearly 5,000-year-old mass grave in southern Poland, go to "We Are Family."