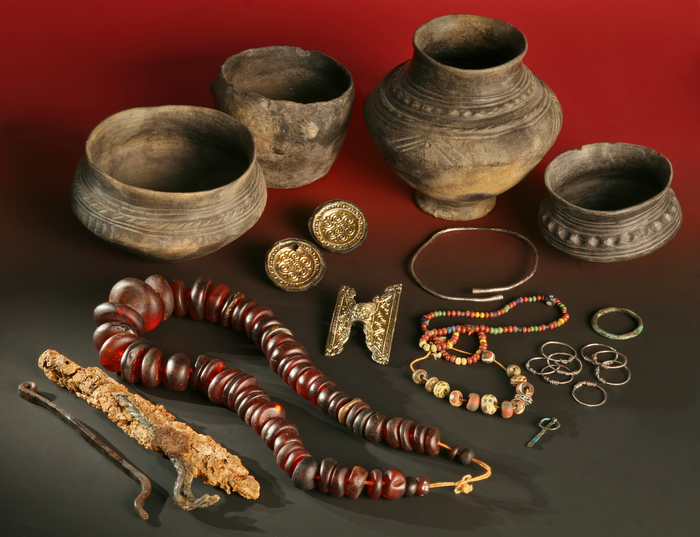 HUDDERSFIELD, ENGLAND—According to a statement released by the University of Huddersfield, a team of researchers from the Max Planck Institute for Evolutionary Anthropology, the University of Central Lancashire, and the University of Huddersfield analyzed the genomes of more than 400 people who lived in Britain, Ireland, German, Denmark, and the Netherlands, and determined that there was a wave of migration from the North Sea region into eastern England during the Anglo-Saxon period, beginning some 1,500 years ago. The study suggests that as much as three quarters of eastern England’s early medieval population had ties to continental European countries bordering the North Sea. And analysis of mitochondrial DNA, which is inherited only through the maternal line, indicates that women, and likely whole families, had made the trip. By region, the DNA analysis indicates that residents of North Yorkshire were descended mostly from the North Sea migrants, while Britons in the southwest had very few ancestors from the continent. Team member Ceiridwen Edwards said that most of the Anglo-Saxon sites in eastern and southern England, however, seem to have more mixed ancestry. The people buried in the cemetery at Apple Down, in Sussex, for example, had 50 percent continental ancestry, but there were distinct local and immigrant burial styles, she explained. To read about a Roman building complex unearthed in North Yorkshire, go to "Leisure Seekers."