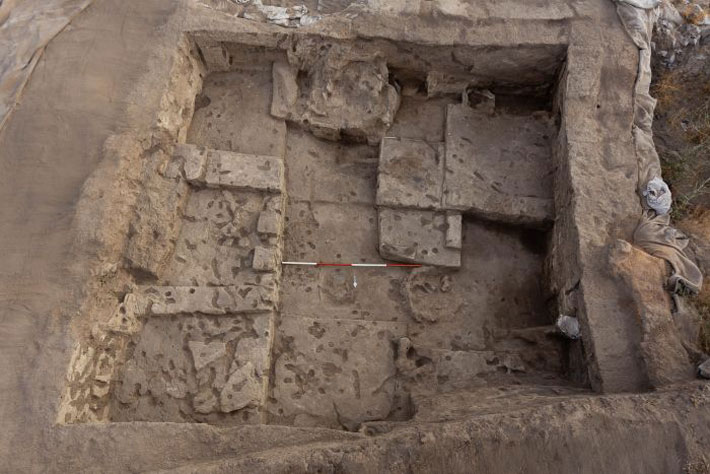 POZNAŃ, POLAND—Science in Poland reports that Arkadiusz Marciniak of Adam Mickiewicz University and his colleagues have examined an unusual 8,000-year-old building at Çatalhöyük, a Neolithic city in southern Anatolia that was inhabited for some 1,200 years. “We know that the building was used when Çatalhöyük was no longer a mega-settlement with thousands of residents,” Marciniak explained. The large structure has 12 platforms covered with clay, nine of which are located along the building’s walls. Two pilasters flanked by attachment points for antlers decorate the edge of the eastern platform. The western wall was covered with a painting, and a large furnace was placed by the southern wall. A hearth was found in the center of the building. Marciniak thinks the building, which is larger than other structures dated to the same period, may be a sign of social changes that took place during the city’s last years. People could have also returned to the place where their ancestors had lived, and gathered around the hearth, he added. Further excavation could reveal burials, since burials have been found under many of the residences at Çatalhöyük. To read about houses at Çatalhöyük, go to "Around the World: Turkey."