How Did Vikings Make Glass Beads? 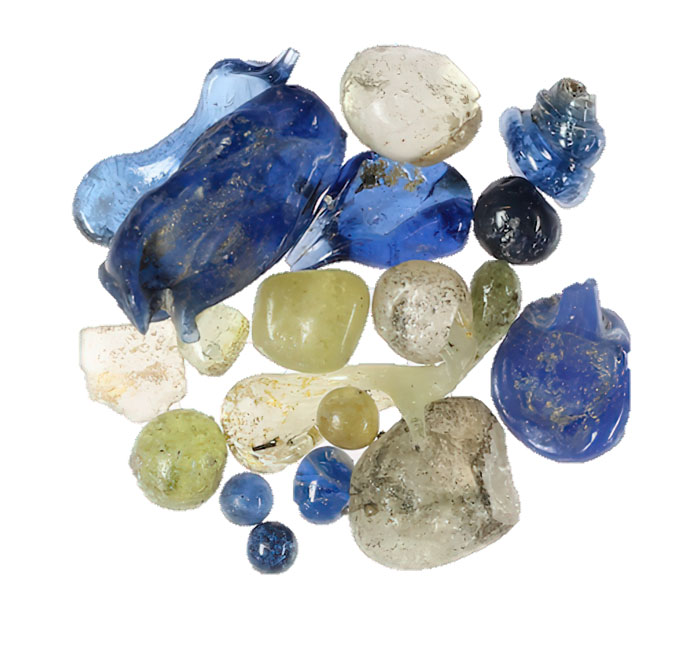 AARHUS, DENMARK—According to a statement released by Aarhus University, Gry Hoffmann Barfod and Søren Sindbæk of Aarhus University and Claus Feveile of the Museum of Southwest Jutland analyzed the composition of white beads recovered from an early workshop at the Viking trade center known as Ribe. The study has revealed how the beads were manufactured at a time when glass was a scarce commodity. First, the gold on gilded glass cubes taken from Roman and Byzantine mosaics was salvaged, and then the glass was melted at low temperature. Stirring this molten glass trapped air in the form of bubbles, which turned it opaque. The white glass was finally wrapped around an iron mandrel to form beads. It had been previously thought that Viking craftsmen relied upon white tesserae to produces these beads, but tiny drops of gold trapped in air holes, and the lack of chemical color tracers, offered clues to the process. Traces of gold were also found in deep blue transparent beads found in the same Viking workshop. These beads were made from a mix of blue and gilded mosaic tesserae, the researchers explained, adding that Viking artisans appear to have chosen to work with the high-quality tesserae rather than recycling scraps of heavily reused and contaminated Roman glass. To read about a figurine workshop unearthed at Ribe, go to "Viking Roles."