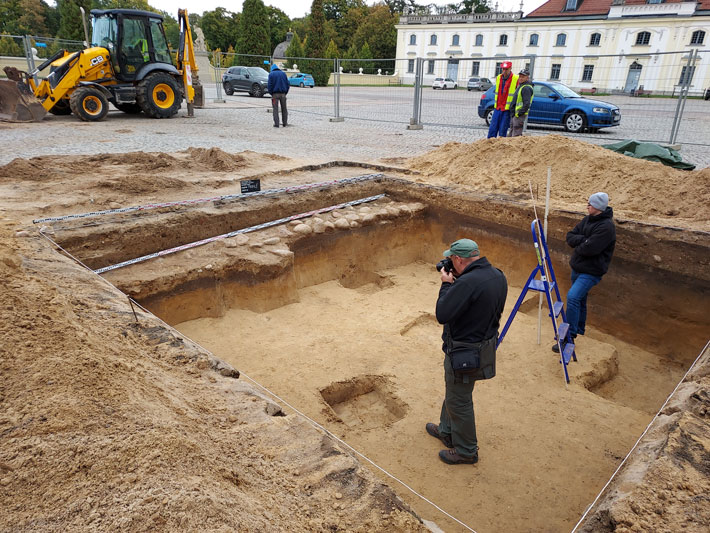 BIAŁYSTOK, POLAND—Science in Poland reports that sections of a field stone floor thought to date to the fifteenth and sixteenth centuries has been unearthed in the parade courtyard of the Branicki Palace. Maciej Karczewski of the University of Białystok said the very solid floor was probably part of a wooden building constructed by the Raczkowicz family, the first owners of the estate. “The layout of the manor complex remained completely unknown until now,” Karczewski said. “The size of this anomaly indicates it must have been a large building, and the tiles found in this place may indicate that the building could have been located close to the manor house,” he explained. The sixteenth-century layer was found right under the current surface, suggesting that layers from the seventeenth, eighteenth, and nineteenth centuries had been cleared away sometime during the twentieth century. The palace that stands on the property today was constructed in the eighteenth century, along with a baroque garden. To read about another discovery in Poland, go to "Viking Knights, Polish Days."