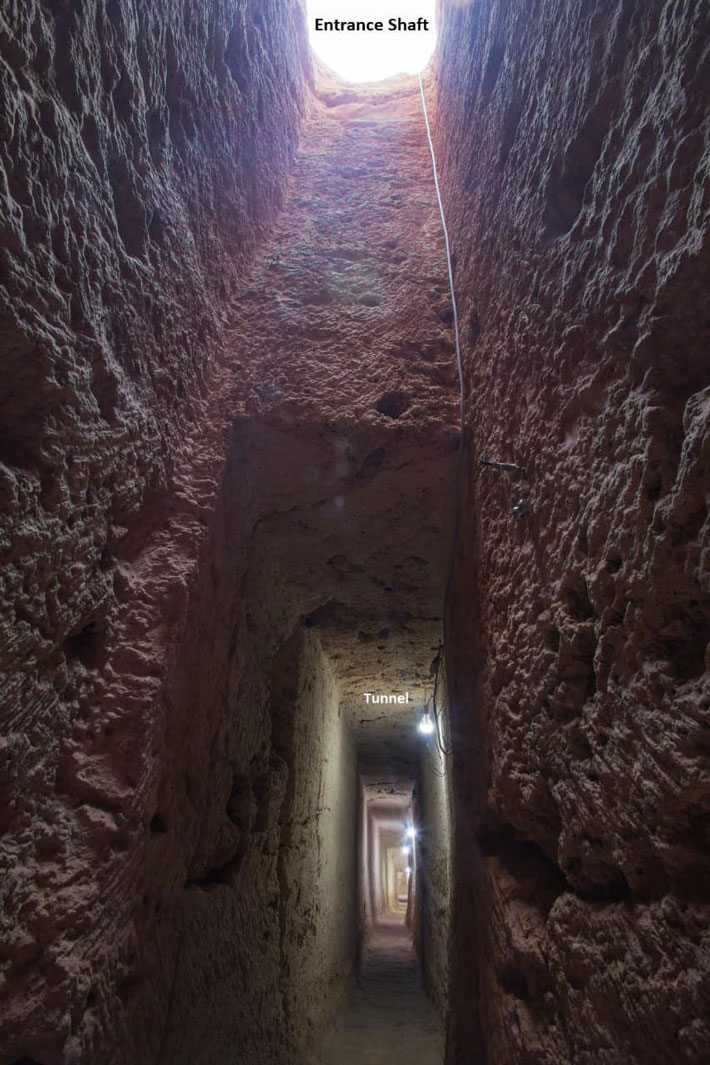 CAIRO, EGYPT—A six-foot-tall tunnel stretching for more than 4,000 feet has been discovered underneath a temple in the ancient city of Taposiris Magna, which is located on Egypt’s Mediterranean coastline, according to a Live Science report. The temple was dedicated to the ancient Egyptian god Osiris and his wife, the goddess Isis. Kathleen Martínez of the University of San Domingo explained that the tunnel, dated to the Ptolemaic period (304–30 B.C.), carried water to the people of the city. “[It] is an exact replica of Eupalinos Tunnel in Greece, which is considered as one of the most important engineering achievements of antiquity,” she explained. Within the tunnel, Martínez and her colleagues recovered two alabaster sculptures of heads, coins, and fragments of statues of Egyptian deities. To read about mummies unearthed in rock-cut tombs at Taposiris Magna, go to "Around the World: Egypt."