Researchers Return to Site of Luxury Roman Villa in England 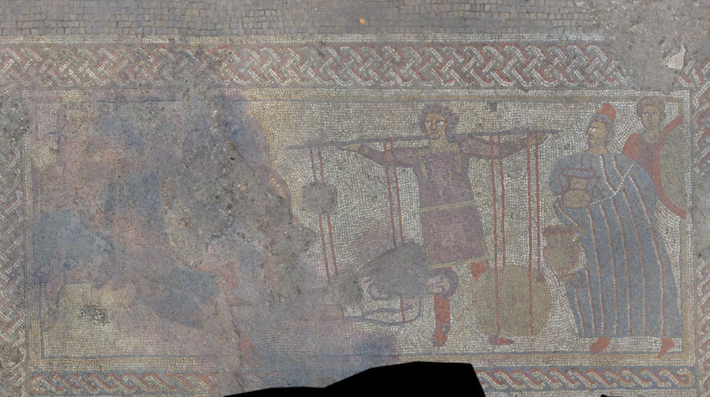 RUTLAND, ENGLAND—According to a report in The Guardian, John Thomas of the University of Leicester and his colleagues returned to a Roman villa complex in the East Midlands and uncovered the remains of a timber barn that had been converted into a multistory stone dwelling in the third or fourth century A.D. One end of the remodeled structure featured a Roman-style bath, while the other is thought to have continued as a space dedicated to agricultural or craft work. The researchers also investigated an extension on the main building in the villa complex where a mosaic depicting scenes from the Iliad was uncovered last year. The extension is thought to have served as a dining room, or triclinium. The recent work unearthed fragments of polished marble, stone columns, and painted wall plaster, in addition to corridors with mosaic floors in geometric designs that led to the triclinium. To read about a mid-fifth century A.D. mosaic uncovered at a Roman villa in Gloucestershire, go to "After the Fall."