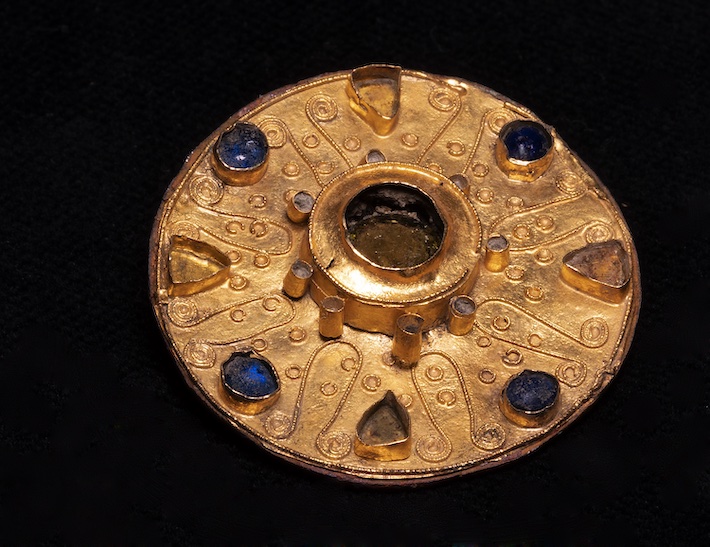 BASEL, SWITZERLAND—Swissinfo reports that the remains of a woman who was buried wearing a golden brooch, 160 pearls, an amber pendant, and a belt with an iron buckle and silver-inlaid tongue have been found in a seventh-century A.D. cemetery in northwestern Switzerland. The excavation was prompted by local construction work. “It appears to be a hotspot, a special place where particularly wealthy people were buried,” said Basel canton archaeologist Guido Lassau. Last summer, researchers working at the site uncovered the remains of a man who had suffered a sword injury to the head. To read about an iron folding chair discovered in a seventh-century A.D. woman's grave in central Germany, go to "Take a Seat."